Krystal Graham has been on the liver transplant waitlist for about a year. Now, she says she is concerned COVID-19 will delay her life-saving surgery even longer.

Saskatchewan has suspended its organ donation program indefinitely as part of the health authority’s COVID-19 surge plan. For the time being, the province will only provide immediate tissue donations, particularly for ocular patients.

“Unfortunately, that has been one of the side effects of the surge capacity management that we’ve had to do to support ICU care in the province,” said Lori Garchinski, tertiary care director for the Saskatchewan Health Authority.

As a result of the program suspension, Garchinski said if an organ donor dies, those organs would not go to anyone.

“Unfortunately, that gift and that registration that they so kindly provided would not be able to come to fruition,” she said.

Graham, 37, suffers from a rare genetic liver disease called primary sclerosing cholangitis (PSC). She was diagnosed when she was nine years old and received her first liver transplant when she was 24. 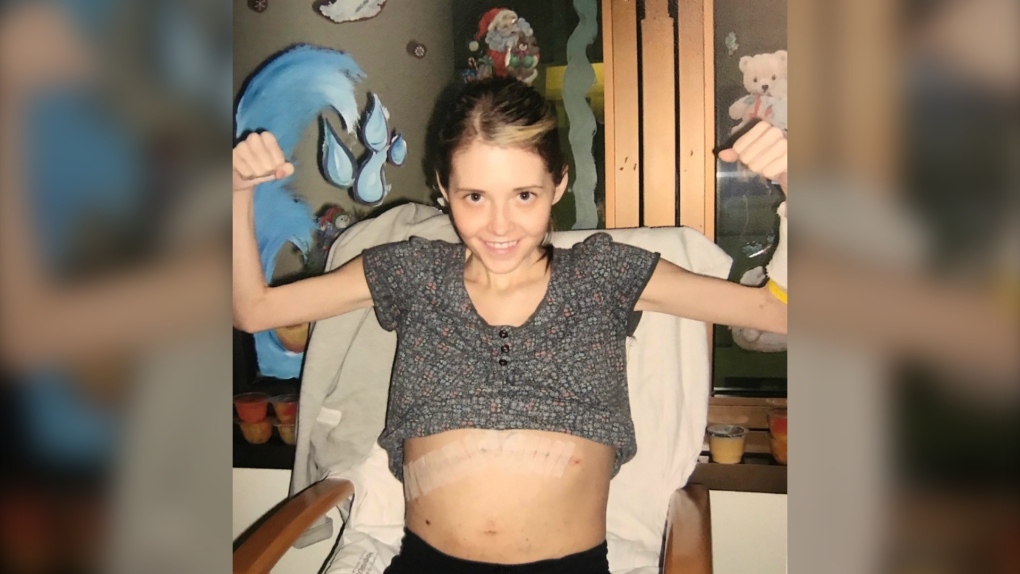 Saskatchewan does not perform liver transplants, which meant Graham had to go to Edmonton for the surgery.

The year-long recovery process was challenging as she went through multiple anti-rejection drugs, she said, but it was worth it in the end

“It’s just such a great feeling that someone did that for me,” Graham said.

The disease came back six years ago, and she is in need of a second liver transplant. She said it’s a daunting process made worse by the program suspension.

“This is just so unbelievably heartbreaking,” said Graham, who became a licensed practitioner nurse after her first transplant.

“Not only do I have to wrap my head around needing another transplant and how scarce they already are, but now I have to worry about it even more.”

Graham said many factors go into finding the perfect match, including blood type and organ size. But she says the biggest challenge is the lack of organ donors in the country.

Last September, Saskatchewan launched an online organ and tissue donor registry. Graham is encouraging people to have that conversation with family members and register as donors.

According to 2020 data from the Canadian Institute for Health Information, roughly 4,400 people are waiting for transplants. Seventy-nine of those are in Saskatchewan.

Last year, two patients in the province died while waiting for a match.

“It’s tricky because (doctors) don’t know how quickly the disease will progress, so you kind of just wait and see what happens,” she said.

For the time being, Graham manages her symptoms with medication, plasma treatments and regular esophageal scopes. But she said she still deals with fatigue, nausea, gastrointestinal issues and esophageal bleeds.

Graham said a full liver transplant is the one thing that will fix it all.

“Transplants are very hard and the recovery process is very hard, but I know I’ll get my life back, live life to the fullest and make so many new, happy memories,” she said.

The Canadian government has quietly lifted its advisory against non-essential international travel, marking the first time since March 2020 that the notice has been lifted.

Queen Elizabeth II spent a night in a hospital for checks this week after cancelling an official trip to Northern Ireland on medical advice, Buckingham Palace said Thursday. The palace said the 95-year-old monarch went to the private King Edward VII's Hospital in London on Wednesday for 'preliminary investigations.'

Edward Rogers is out as board chair of Rogers Communications Inc., a move that comes as the latest development in a boardroom drama that has prompted the departure of a senior executive and the launch of an executive oversight committee.

Skyrocketing propane prices could mean trouble for some Canadians this winter

Canadian propane prices are skyrocketing alongside natural gas due, in large part, to growing demand from overseas markets, a price surge analysts say will have a big impact on rural Canadians this winter.

As some pandemic benefits expire, feds to spend $7.4B on new programs

The federal government has announced a suite of changes to the popular income and business support programs put in place during the pandemic and set to expire on Saturday. Deputy Prime Minister and Finance Minister Chrystia Freeland reminded Canadians on Thursday that the measures were always intended to be 'temporary.'

The FBI's Denver office said Thursday that remains found a day earlier in a Florida nature reserve are those of Brian Laundrie, who disappeared last month just days after his fiance Gabby Petito was reported missing.

'They can get up to 100 lbs.': Massive salmon caught in B.C. all part of conservation program

It appears one B.C. hatchery program is off to a promising start, by the size of the Chinook salmon they’ve been pulling in from the Wannock River near Bella Bella.

Instead of issuing a singular federal national COVID-19 vaccine passport, the federal government says that each province and territory will be responsible for issuing a 'standardized pan-Canadian' vaccine passport that Canadians can use when travelling. Each province's system is supposed to have a 'common' look and feel, with the expectation that by next month all Canadians will have access.

Capacity limits for Ontario restaurants, gyms to end as soon as Monday: sources

Capacity limits on restaurants and gyms in Ontario could be lifted next Monday, as the Ford government considers new measures for establishments that require proof of vaccination certificates, sources say.