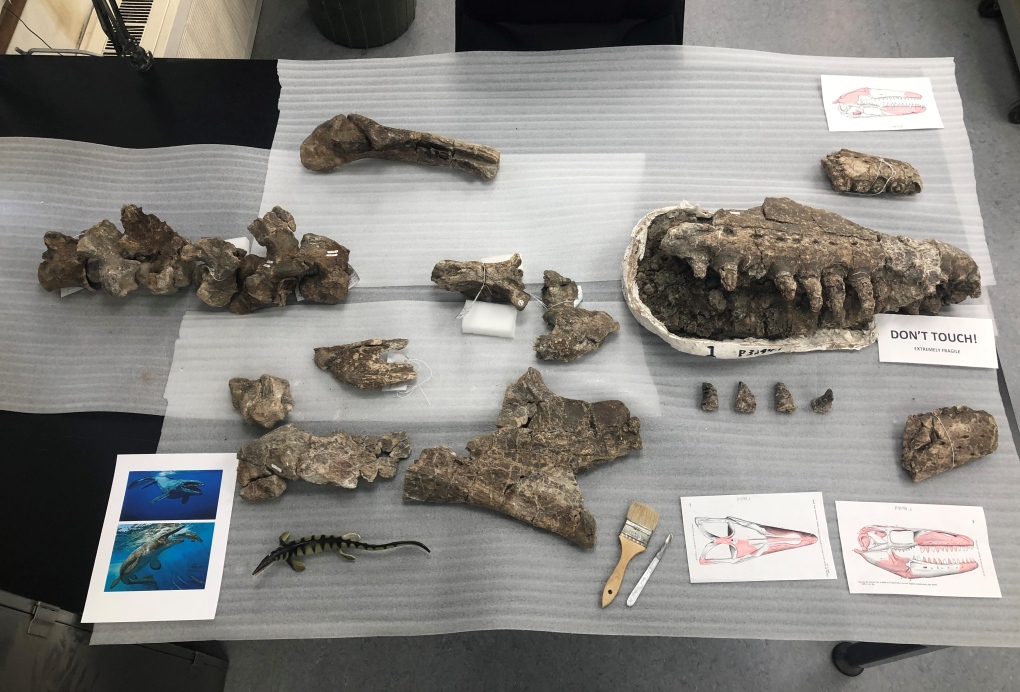 Parts of the Prognathodon fossil found in Grasslands National Park were first discovered in 2012. (Supplied: Government of Saskatchewan)
REGINA -

The fossil – which will be housed at the museum but won’t be on display for another three or four years – is part of a Prognathodon skeleton, also known as the T. rex of the sea.

Parks Canada was first contacted in 2012 to investigate the discovery of a fossil in Grasslands National Park. Fragments of skull and other surface material were collected in 2012 and 2013. Then, the RSM got a permit in 2019 to dig at the site. RSM staff have since collected most of the skull, neck and a few other bones.

The Prognathodon skull found in Saskatchewan is 130 centimetres long, significantly larger than three other specimens found in Alberta, which are roughly 80 to 90 centimetres in length. 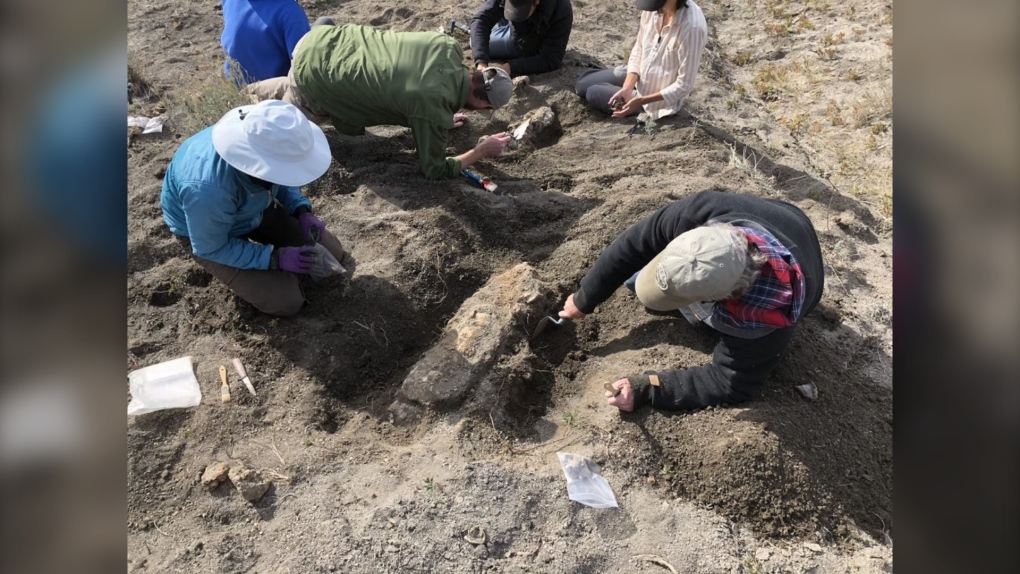 Staff members at the Royal Saskatchewan Museum got a permit to dig for the Prognathodon fossil in 2019. (Supplied: Government of Saskatchewan)

According to the RSM, the Prognathodon lived in the Western Interior Seaway – that once covered the majority of Saskatchewan – about 75 million years ago.

RSM said it hopes more of the fossil can be recovered next summer.