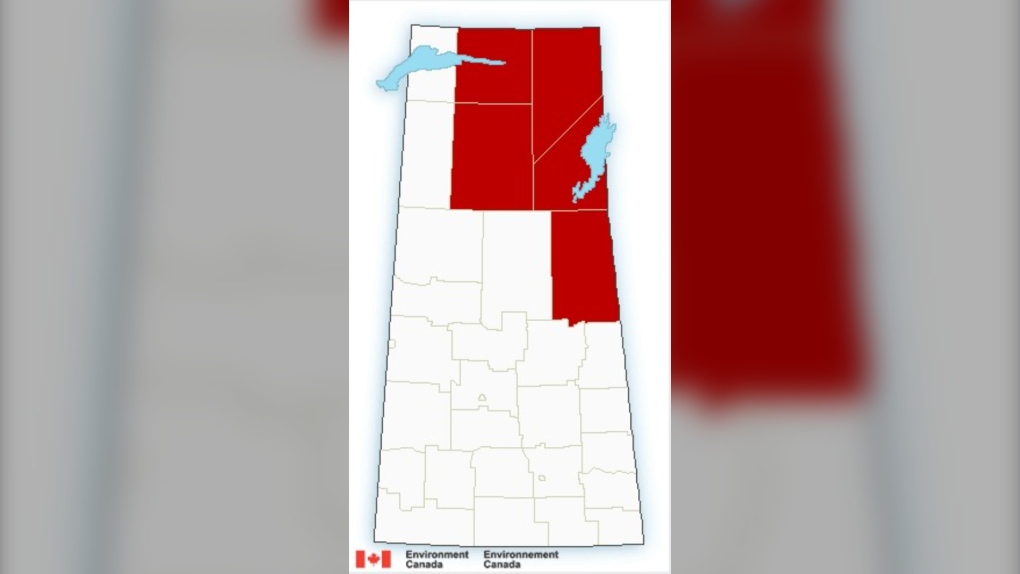 Environment Canada issued widespread thunderstorm watches across the province Saturday afternoon. They were later downgraded to rainfall warnings as the storm progressed in the evening. (Courtesy: Environment Canada)

Environment Canada warns of persistent rains throughout the weekend.

Severe thunderstorm watches were in effect for many communities in the southeast portion of the province Saturday afternoon. However, they were gradually canceled as the storm progressed later in the day.

"An unstable air mass coupled with an approaching low pressure system from the United States will trigger thunderstorms this afternoon and evening, some of which may become severe," Environment Canada explained in its alert in the early afternoon.

Rainfall warnings are currently in place for several northeastern regions of the province.

Environment Canada warns that the stil frozen ground has a reduced ability to absorb this rainfall combined with melting snow.

Total rainfall is estimated to reach 25 to 35 mm total, before the event ends Sunday evening.

Environment Canada encourages the public to continue monitoring for alerts and forecasts and to report severe weather by emailing SKstorm@ec.gc.ca or tweet reports using #SKStorm.

Alberta Premier Jason Kenney is urging the U.S. government to convince Michigan to abandon its legal campaign against the Line 5 pipeline.