As of Friday, several locations around Saskatchewan had received rapid COVID-19 test kits to be distributed to the public for free.

Earlier this week, there was a delay in the shipment of the kits.

The times when the public can pick the kits up depends on when offices are open. Those days and times are also listed on the government website.

John Hopkins, the CEO of the Regina & District Chamber of Commerce, said his office received about 4,000 kits on Thursday. Each kit contains five separate tests.

Although the Regina office is listed on the government website as open on Tuesdays and Thursdays for pick up, Hopkins said their staff is eager to distribute the kits whenever they are open.

“We’re not going to turn people away,” Hopkins said. “You don’t have to be a member or anything like that, just somebody who lives in the community or even outside of the community.” 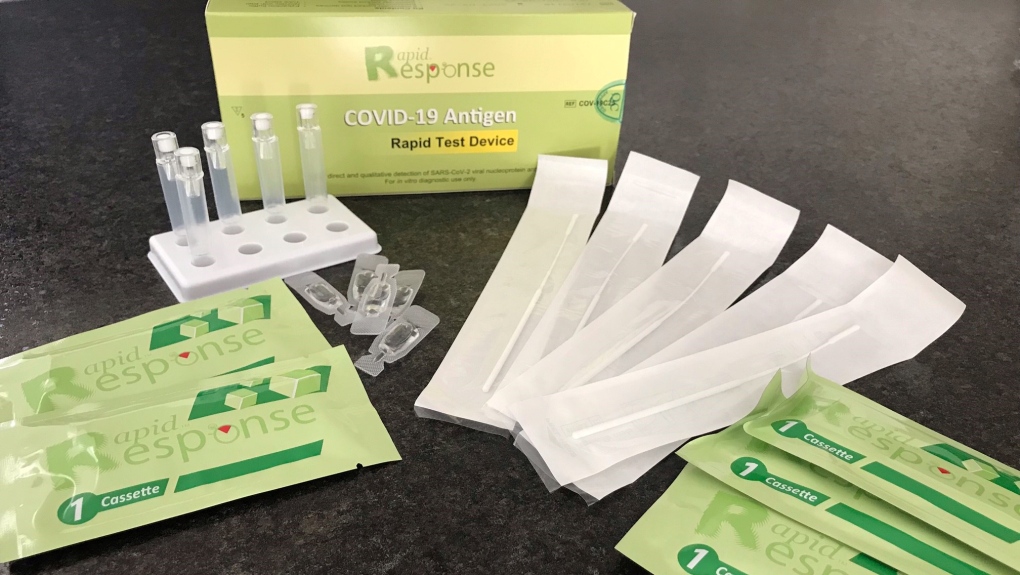 As of Friday morning, the office still had plenty of tests to distribute. Hopkins said at this point, he isn’t sure if they’ll receive more kits after this shipment runs out.

“If people phone or email us, we’ll let them know if we have any more stock,” he added.

Resident Chris Miller was passing by the Regina office on Friday morning when he picked up a kit for himself.

“I wanted to make sure I got a rapid test because there’s so many moments in your day to day when you get a little tickle in the back of your throat, and you’re thinking ‘oh, could this be COVID-19?’” he said. “Now with a rapid test you can feel a little better knowing you’re making the right decision when you’re going out in public or going to work.”

Swift Current & District Chamber of Commerce received 940 rapid kits on Thursday. It opened its doors at 11:00 a.m. on Friday.

“We had intended to run until 2 p.m., but unfortunately we ran out of supply at about 11:45 a.m.,” Karla Wiens, the CEO of the Swift Current & District Chamber of Commerce, said. “People started lining up outside the office I believe around 10 a.m.”

Wiens said the goal for her office is to reduce the community spread of COVID-19, as well as the pressures on the health care system.

“It was very nice to see people clambering to get the kits,” she added. “The number of kits received by each distribution centre is determined by the SHA, so I think after this first initial distribution, they may reallocate to different centres. We have advised them immediately that we’re out of stock very quickly.”

The province said it deployed around 700,000 kits this week and expects more test kits to arrive in Saskatchewan every day.

“Distribution locations such as fire stations and chambers of commerce are completely voluntary. It will be up to each location to decide if they’re willing, or even able, to participate in the distribution of these kits,” Marlo Pritchard, president of the Saskatchewan Public Safety Agency, said. “There is a fair amount of logistics that goes out in regards to identifying those locations that are willing to voluntarily deploy the rapid test kits.”

Pritchard said Saskatchewan is expecting an addition four million rapid test kits to arrive in November from the federal government.