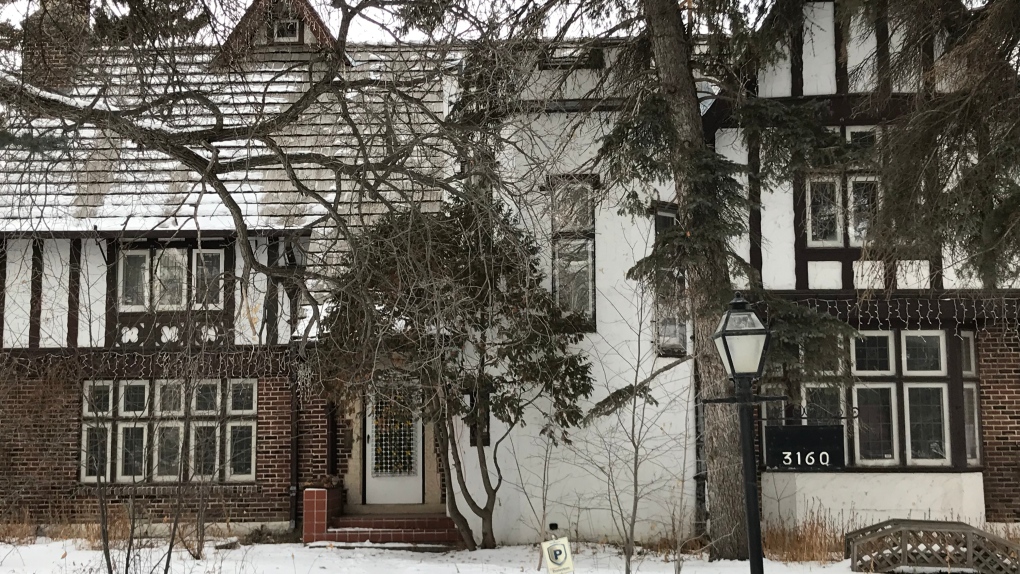 A home of 3160 Albert St. is awaiting to see if it will be designated a municipal heritage property. (Colton Wiens/CTV Regina)

REGINA -- Local collector Lyn Goldman has made an offer to buy the historic Cook Residence.

Current owners of the home at 3160 Albert St., Carmen Lien and Adriana Gourgaris, presented a plan to demolish the building earlier this year, which sparked a debate on whether to deem the building a heritage property. They say the home is in such disrepair that restoring it would cost millions.

In January, a motion was passed by council to give the Cook Residence heritage status, and the home owners objected. The decision was passed on to the Saskatchewan Heritage Foundation Review Board, which recommended “a consultant to undertake an invasive home inspection be approved and that a subsequent report be submitted to City Council detailing the outcome of the inspection.”

The board’s recommendation will go before city council on Monday evening.

In Goldman’s submission to city council, she details nostalgia for Regina’s historic past, and pleaded with council to do more to persevere the city’s history.

“I think it’s time that we encourage our young people to value the city’s history. Former city councilors and mayors allowed the destruction of so many of our historic buildings, our old City Hall, our beautiful movie theatres, our monumental McCallum Hill Building, and all those other structures that were not only interesting architecturally, but historically, as well. Surely it’s time we saved something of our past,” Goldman wrote to city council.

She said that she is willing to buy the home, give it the restoration it deserves and find a family that appreciates its worth to enjoy it.

According to a submission from the Cook’s granddaughter, Deirdre Malone of Toronto, the home was built in 1929 and represented the pinnacle of her family’s life on the Prairies.

She recounts the historic home was visited by Prime Minister William Lyon Mackenzie King in 1933, who wrote of the visit in his personal diary.

Malone said her grandfather, Robert Cook, was ambitious, with a pioneer’s spirit. With his wife Helena, the pair commissioned William Van Egmond to design a home to be on the cutting edge of 1920’s architecture.

Malone said she was urged by Heritage Regina to share the stories of the homes past with Regina city council.