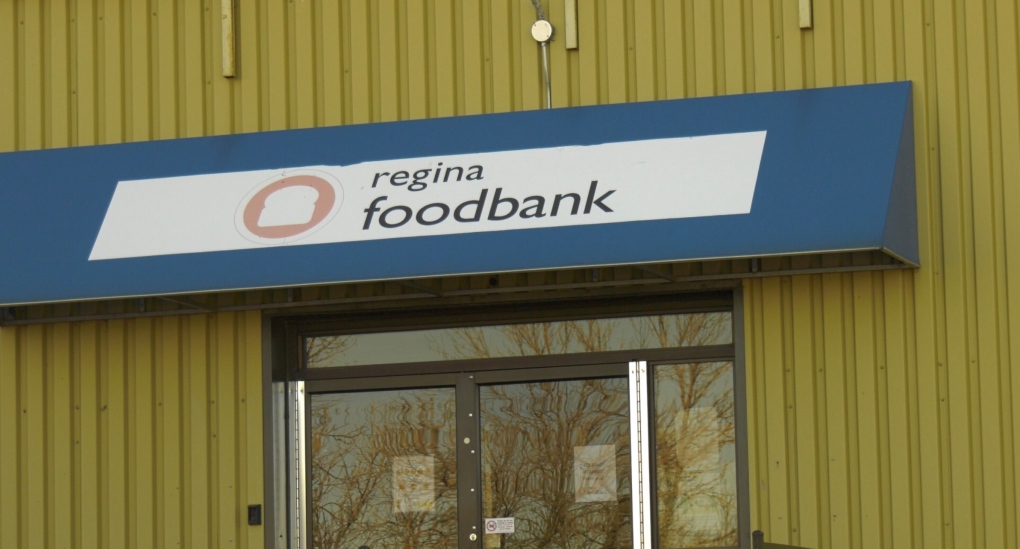 The Regina Food Bank can be seen in this CTV News Regina file photo.

The Regina Food Bank is exploring a new “Downtown Community Food Hub” to serve as its distribution site for those in need.

According to a news release, the Regina Food Bank (RFB) intends to present a proposal to executive council, seeking a downtown location at 1881 Broad St., the site of a former SGLA Liquor Store.

The new location would serve as the primary distribution point for RFB.

“To address record food insecurity, the Regina Food Bank is exploring ways to reduce barriers and get food closer to our clients,” RFB said in the release.

“Our existing location, while good for warehousing and logistics, is far removed from the families we serve.”

The RFB is seeking an investment of $200,000 from the City of Regina as well as $1 per-year lease on city-owned lands behind the vacant property.

The project is estimated to cost $3.2 million.

An RFB board decision on whether the organization will move forward is expected in January of 2023, the release outlined.

The proposed facility will look and operate like a grocery store and community center.

If approved, the facility will be open to the public in early 2024.

Convicted murderer Daniel Jolivet, in prison for the past 30 years, has maintained his innocence since the day he was arrested. W5 reviews the evidence he painstakingly assembled while behind bars. W5's documentary 'Buried Evidence' airs Saturday at 7 p.m. on CTV.

Dozens of Russian and Ukrainian prisoners of war have returned home following a prisoner swap, officials on both sides said Saturday.

Marit Stiles is expected to be confirmed as the new leader of the Ontario NDP today.

In a terrible way, the death of Tyre Nichols brings vindication to members of the Black community in Memphis who live in terror of police.

In the field of cancer treatment, nothing is more important than diagnosing and treating the problem as quickly as possible — but according to new survey data, about one in four Canadian cancer patients report that they are still experiencing cancelled or postponed appointments.

A train derailment and resulting large fire prompted an evacuation order and a declaration of a state of emergency in an Ohio village near the Pennsylvania state line on Friday night, covering the area in billows of smoke lit orange by the flames below.