Ducks Unlimited Canada’s (DUC) Wetland Centres of Excellence form a network of school and community partners with student-led conservation projects. This partnership with Regina Catholic Schools, Leboldus High School and DUC is one of almost 30 similar programs around the country.

“Our goal is to engage and empower high school students to become stewards of their local wetlands,” said Mariane Bolla, head of national education with DUC.

Bolla explained the 10 month immersive program allows students to grow their science knowledge of wetlands throughout the year by taking on a conservation or awareness project.

The program wraps up at the end of the year with the students becoming mentors to share their knowledge with others.

“Experiential education is the way to make sure that we are more connected to conservation, to the value of protecting our natural spaces,” said Bolla.

She said the site was a natural fit for the program as they helped to establish it. When it came to finding a school, that was an easy decision as well.

DUC looks for schools who are close to the wetland, but also teachers who exemplify supportive administration.

“It requires a bit more effort to do experiential learning outdoors, you need a supportive administration,” Bolla said. 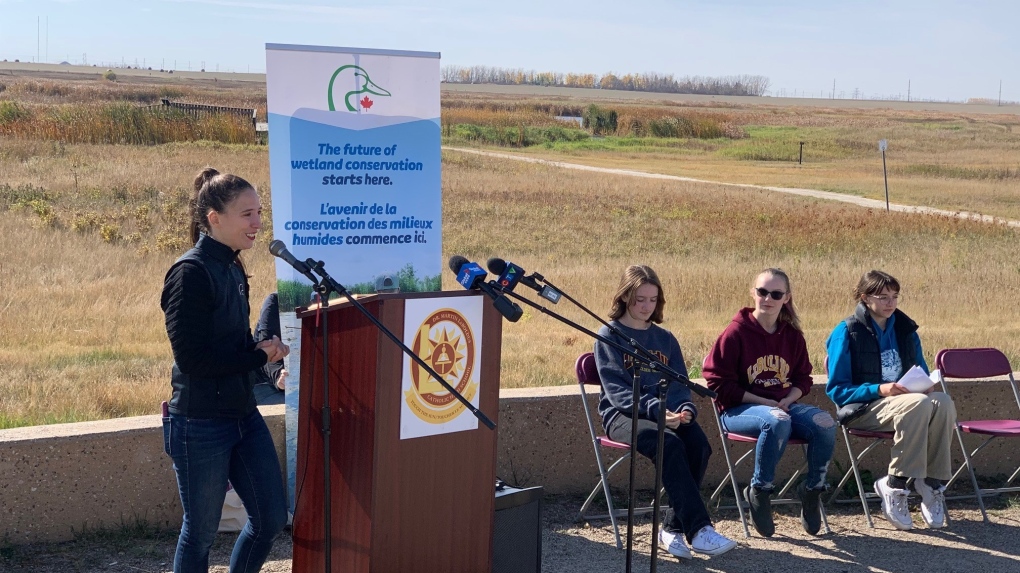 Desmond Hartney had already been doing outdoor education with his students and was contacted about partnering with the program.

Hartney said he believed it was a great opportunity to be part of the Wetland Centre of Excellence Program to expend science classes, get out in nature and give the students a hands-on learning experience.

“It’s a great way for us to learn out of the classroom because we spend a lot of time in there and it can get really boring at times so this is a great new experience and a way to get us into nature,” said Kaylee Lawrence, one of Hartney’s Grade 10 students.

Lawrence is looking forward to getting knee deep in learning as she is excited to critter dip and use the hipwaders.

Hartney said getting a site like this gives the students a sense of responsibility when it comes to maintaining it.

“They become advocates for the environment, not just necessarily this wetland, but also other areas around the city and the province,” he continued. 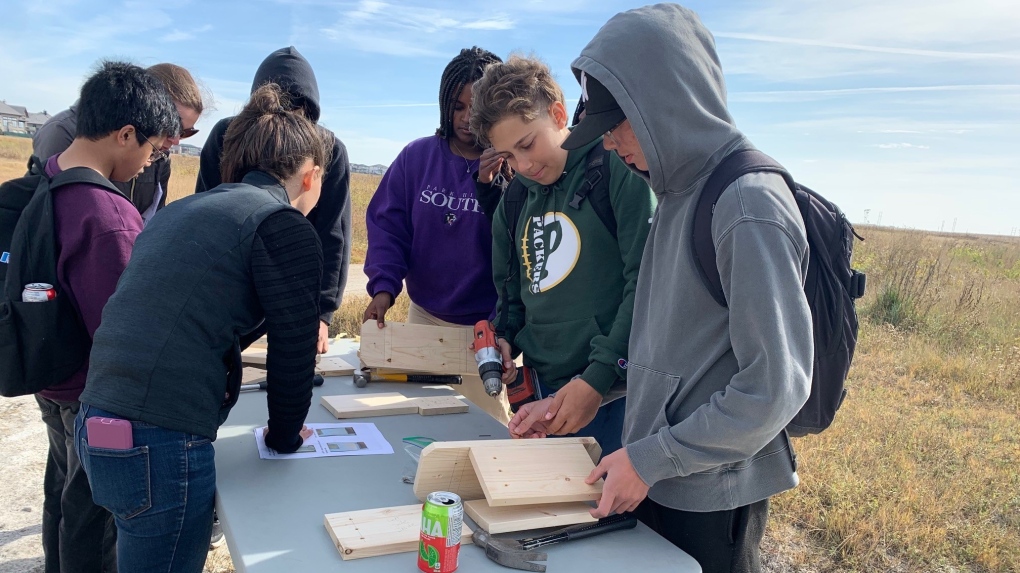 Grade 10 student Mireya Ziegler is a big fan of experiential learning and is excited to see the impact this project has on her classmates.

“If you’re going to actually go out and experience what you’re doing, everybody without exception is going to be able to absorb that information and come away from it feeling impacted and genuinely care about what they’re learning about significantly more than just memorizing text in a classroom,” Ziegler said.

The 47 science students, according to Hartney, will be working on some water quality projects where they will be testing water quality at different sites on the wetland and then comparing them, looking at pH as well as nitrate and phosphate levels, and see if the wetland is filtering as it should as the water moves through.

He said they plan to build bird boxes and get them ready for nesting in the spring, as well as potentially looking at invasive species and trying to eradicate them.

“I’m just really happy that as a school we’re taking this initiative because if this kind of spreads around, just the world is going to be a lot better off,” said Ziegler.

The McKell Wascana Conservation Park is the third Centre of Excellence in Saskatchewan, with the other two located in Mossbank and Saskatoon.

Better protections and options for consumers are just some of the ways Ottawa can help address food unaffordability in Canada, the lead author behind a new price report says, as average grocery bills are expected to rise in the new year.

Ontario education support workers have voted to accept a new deal with the provincial government, putting an end to a long and contentious negotiation process.

The Canadian government appears on the verge of bringing home some 40 Canadian women and children held under terrible conditions in a Syrian detention camp.

Prince Harry said the royal household regularly leak stories about each other, calling it 'a dirty game' in a new trailer released on Monday for the much-anticipated Netflix documentary series about him and his wife Meghan.

Food prices in Canada will continue to escalate in the new year, with grocery costs forecast to rise up to seven per cent in 2023, new research predicts.

The avian flu is causing a turkey shortage in British Columbia, the BC Poultry Association said, warning it could pose a challenge for customers ahead of the high-demand Christmas season.