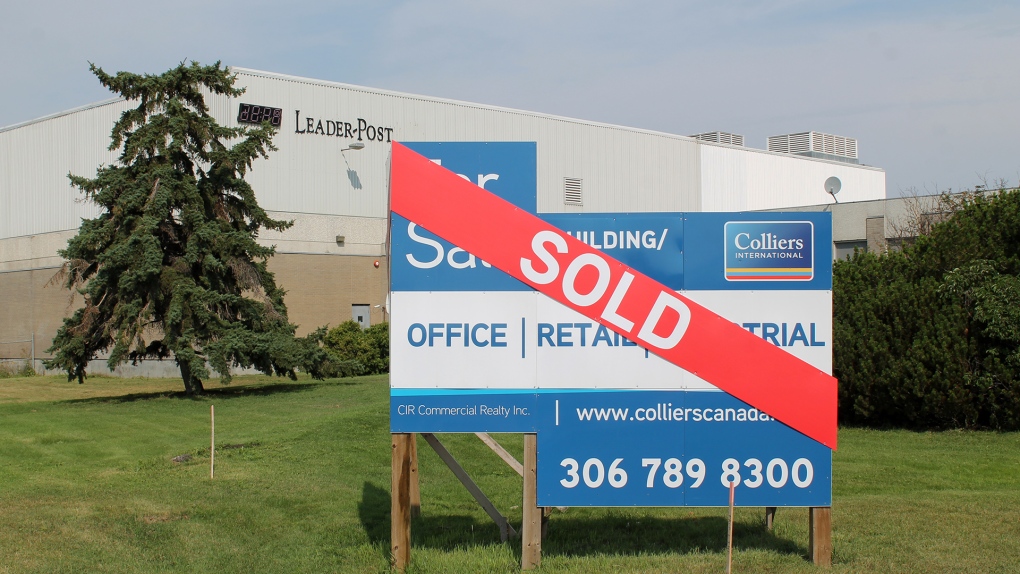 The Leader Post building in Regina, Sask. has been sold. (KARYN MULCAHY/CTV REGINA)

The Leader-Post building in Regina has a new owner. According to Colliers International, the building on Park Street has been sold to Saskatchewan based syndicated investors.

The building will serve as a multi-use space that will be leased out.

Staff from the Regina Leader-Post will still occupy part of the building, but the space will be leased.

The building contains office space, a warehouse, cafeteria and basement.

In 2015 Postmedia, who owns the Leader-Post made the decision to close the printing facilities. The paper is now printed in Saskatoon.