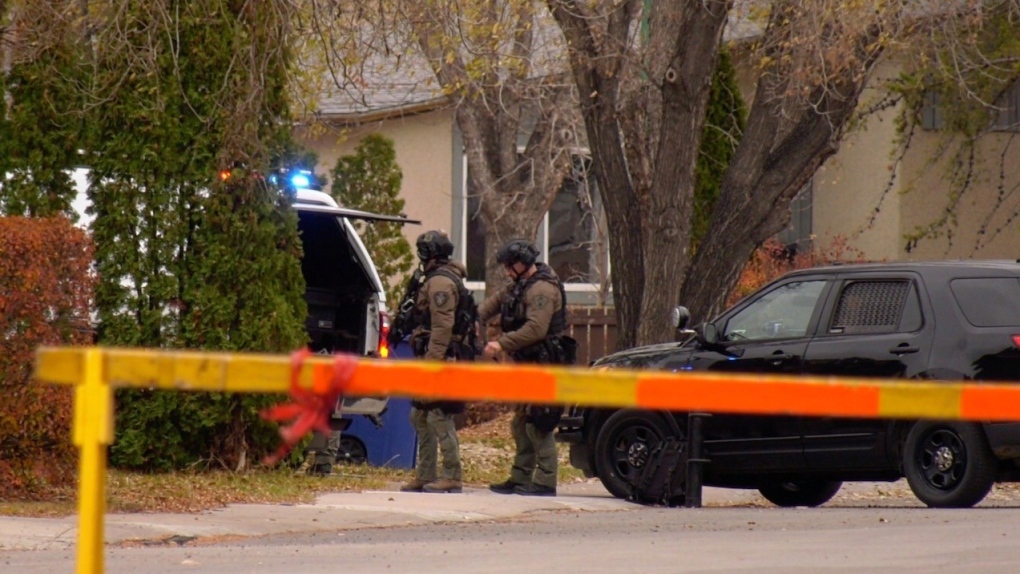 An 18-year-old man wanted on a first-degree murder warrant in Regina has been arrested in Saskatoon.

Thomas Louis Bodechon was arrested by Saskatoon police on Monday in connection with an armed robbery last Friday night. He was wanted in connection to the death of Kade Luke Neapetung, whose body was found in a home in the 1000 block of Angus St. on Oct. 18.

The Saskatoon Police Service said its investigation into an armed robbery at a business in the 2600 block of Broadway Ave. led officers to a home on Rita Crescent in Sutherland on Monday, where they believed Bodechon was.

According to a release, SPS’s Guns and Gangs Unit and Tactical Support Unit surrounded a garage behind the house are around 1 p.m. Police said Bodechon was arrested a few hours later after a small fire was set in the garage.