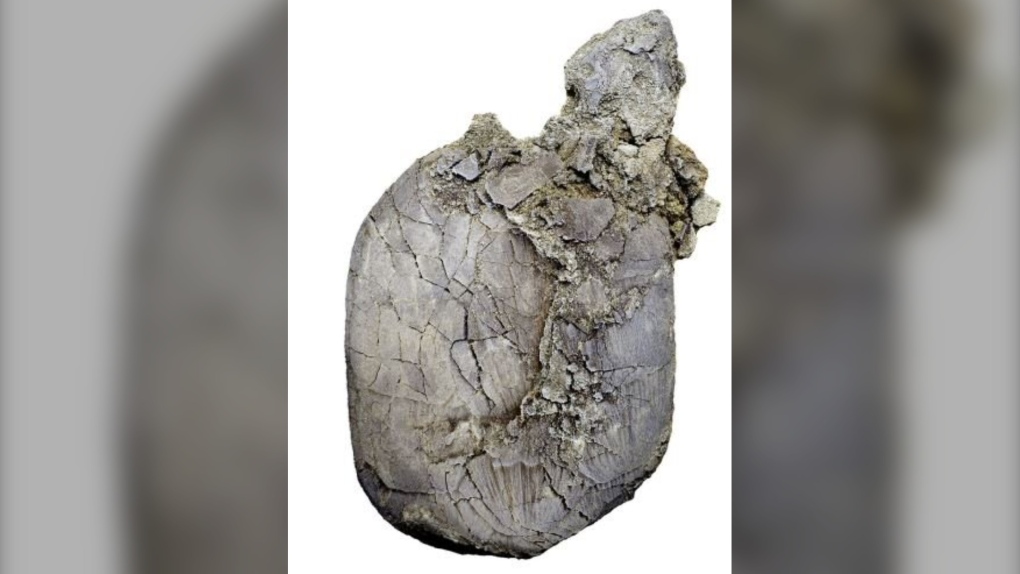 A dorsal view of the Leiochelys tokaryki smooth-shelled turtle fossil is seen in this supplied photo. (Credit: Government of Saskatchewan)

A team of paleontologists are sharing their research into a rare fossilized smooth-shelled turtle specimen discovered in Saskatchewan.

The fossil is only the second of its kind found in North America, according to a news release from the province.

The team, including Ryan McKellar of the Royal Saskatchewan Museum (RSM), recently published a paper describing the find.

"The whole shell is tiny, about the size of a fist, and it is a rare example where all of the bones are still articulated inside the shell," Dr. McKellar said in the release.

"The turtle is about 66 million years old and was found near Grasslands National Park in 2016, next to bones of a Triceratops."

The species is called Leiochelys tokaryki, or "Tokaryk's smooth turtle” – named after Tim Tokaryk, the former curator of palaeontology at the RSM.

The team used CT scanning technology at the Canadian Light Source syncotron to image the specimen.

“Our ability to look at the entire skeleton with CT scans brought a new level of detail to the research," Dr. McKellar said.

The full article on the specimen can be found online.