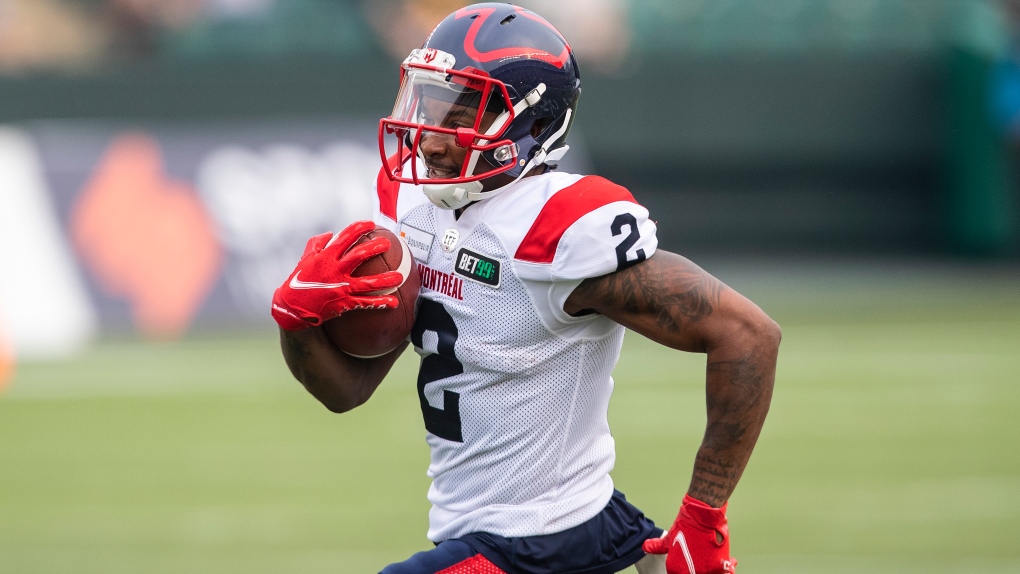 Montreal Alouettes' Mario Alford (2) runs the ball for a touchdown against the Edmonton Elks during first half CFL action in Edmonton, Alta., on Saturday August 14, 2021. THE CANADIAN PRESS/Jason Franson.

The Saskatchewan Roughriders have acquired American receiver and kick returner Mario Alford from the Montreal Alouettes. In exchange, the Riders sent a sixth round draft pick in the 2023 CFL draft to Montreal.

The move bolsters the Riders return game by allowing Jamal Morrow to concentrate on his running back spot and decrease some of his workload.

Salman Rushdie, whose novel 'The Satanic Verses' drew death threats from Iran's leader in the 1980s, was stabbed in the neck and abdomen Friday by a man who rushed the stage as the author was about to give a lecture in western New York.

Despite a police misconduct probe that found a high-ranking B.C. officer had stalked and harassed his ex-girlfriend for years, a criminal investigation into the case did not result in charges.

Canada to test wastewater for polio

Canada plans to start testing wastewater for poliovirus in a number of cities “as soon as possible” following new reports of cases abroad, the Public Health Agency of Canada confirmed on Friday.