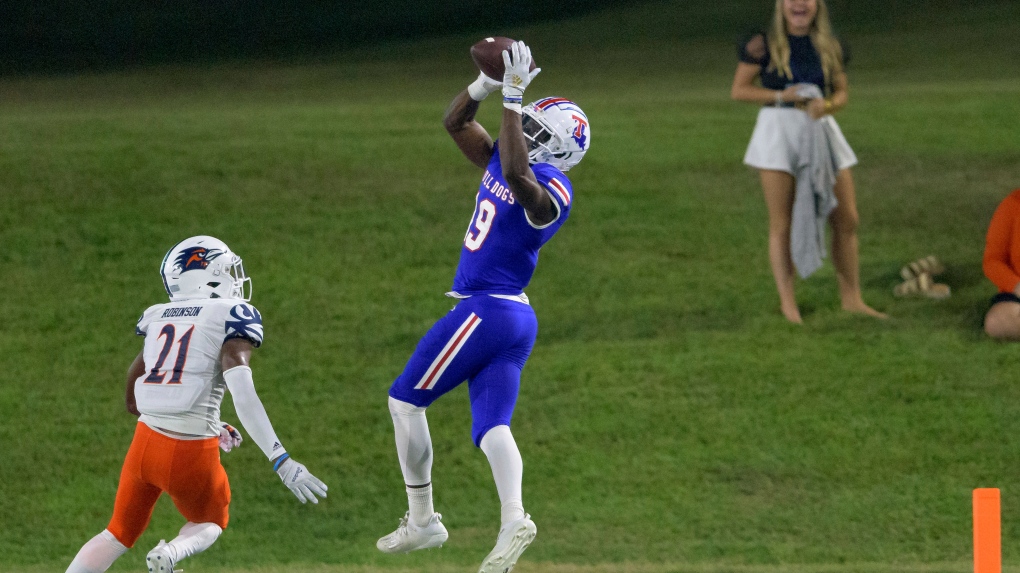 The Saskatchewan Roughriders have signed 2022 first round pick Samuel Emilus, according to a release from the team.

Emilus, a national wide receiver, was taken seventh overall by the Riders in this year’s draft.

He spent his senior college season at Louisiana Tech University, suiting up for eight games. Originally from Montreal, Emilus recorded 17 receptions for 257 yards and three touchdowns in his final year in college.

He was also a contributor on special teams, returning three kickoffs for 66 yards.

The green and white has now signed all of its draft picks from 2022.

The Canadian Football League (CFL) is now in it’s third day of a work stoppage after no new collective bargaining agreement was reached between the league and CFL Players’ Association.

The Riders first pre-season game is scheduled for Monday against the Winnipeg Blue Bombers at Mosaic Stadium.

Convoy participant Pat King was involved in the planning and logistics of the Freedom Convoy protest, despite denials of his participation by organizers, according to court documents obtained by CTV News.

The 17-year-old daughter of the Toronto Blue Jays' first base coach died in a 'terrible accident' while tubing in the U.S. this weekend.

Tamara Lich, an organizer of the 'Freedom Convoy,' is set to appear in an Ottawa court today for a bail hearing after being arrested last week for allegedly breaching one of her bail conditions.

Simple advice from a friend to stay near the door may have saved Yenifer Yulisa Cardona Tomás from the deadly fate that befell 53 other migrants when they were abandoned trapped in a sweltering semi-trailer last week on the edge of San Antonio. The 20-year-old from Guatemala's capital said it was already hot on June 27 when she stepped out of the warehouse on the Texas side of the Mexico border where she had been waiting and climbed into the back of the trailer.

Highland Park's police chief said the 22-year-old man identified as a person of interest in the shooting that killed at least six people, wounded at least 30 and sent hundreds of people fleeing from an Independence Day parade in suburban Chicago on Monday has been taken into custody.

Former Saskatchewan premier Brad Wall was in contact with a key organizer of the Freedom Convoy anti-mandate protest, providing strategic advice before and after the Ottawa occupation began, according to court records obtained by CTV News.

One of the twin brothers who was killed in a shootout with police outside a bank in Saanich, B.C., last week had applied to join the Canadian Armed Forces but was rejected, a military spokesperson confirmed Monday.

'It's the real deal': Doctors warn about future wave fuelled by Omicron variants

COVID-19 cases are rising again in Canada, with the two fast-spreading Omicron sub-variants known as BA.4 and BA.5 to blame. CTVNews.ca has a guide to what you need to know about the new variants.