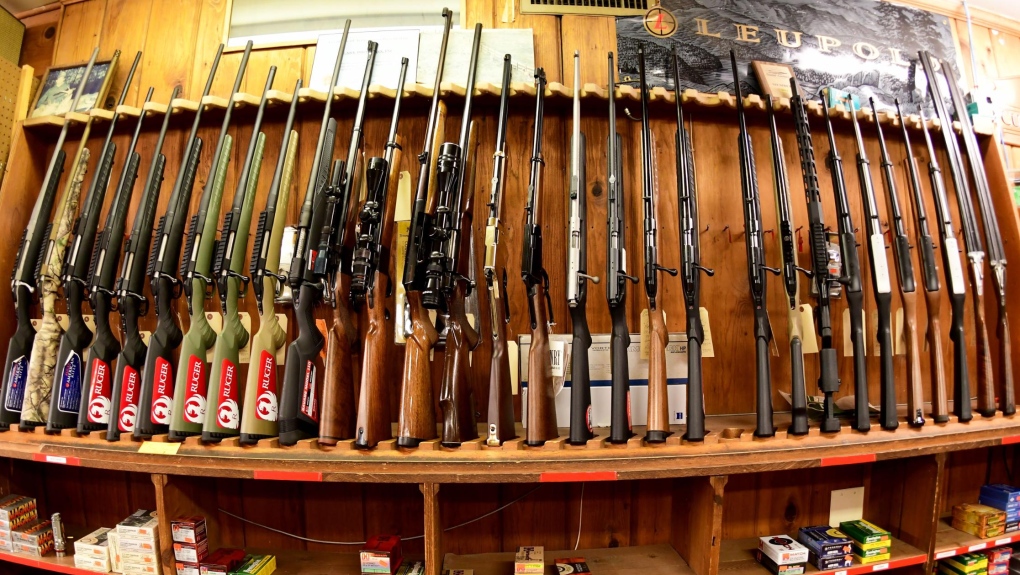 Various rifles on display at a gun store in Virginia on January 16, 2020. (EVA HAMBACH/AFP/AFP via Getty Images)

REGINA -- The Saskatchewan government has introduced amendments to Bill 194, that it says will further protect the rights of legal gun owners in the province.

The province says amendments to this bill will prevent banning gun ownership at the municipal level.

Recently the federal government had made clear its plan to pass legislation that would allow municipalities the ability to ban guns.

“The Government of Saskatchewan prefers to take the position of encouraging education and safety with a focus on current enforcement efforts, while taking a tough stance on criminals who are breaking the existing laws, rather than further restricting legitimate firearms ownership by law-abiding residents,” Government Relations Minister Lori Carr said.

The amendments were to The Miscellaneous Municipal Statutes Amendment Act, 2019.