Sask. budget will go ahead, but public not invited to attend 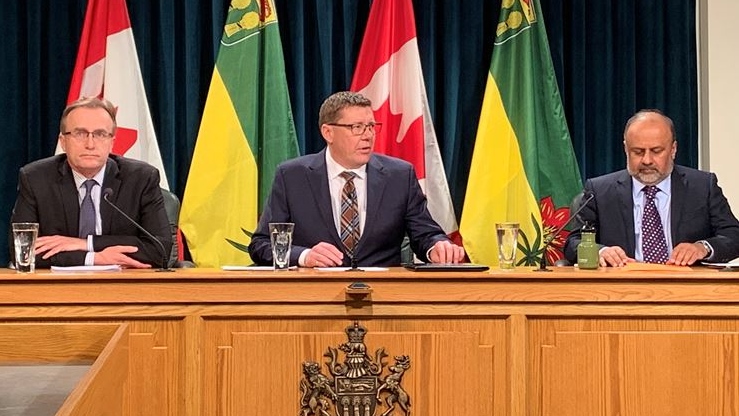 REGINA -- Premier Scott Moe said the 2020 Provincial Budget will go ahead as planned on March 18, however the public will not be invited to attend.

Ahead of the annoucement of the province's first presumptive case on Thursday, Moe confirmed that there would not be a spring election.

The province has also limited access to the Legislature.

Premier Moe says there have been discussions about closing the Legislature, but they decided not to do that.