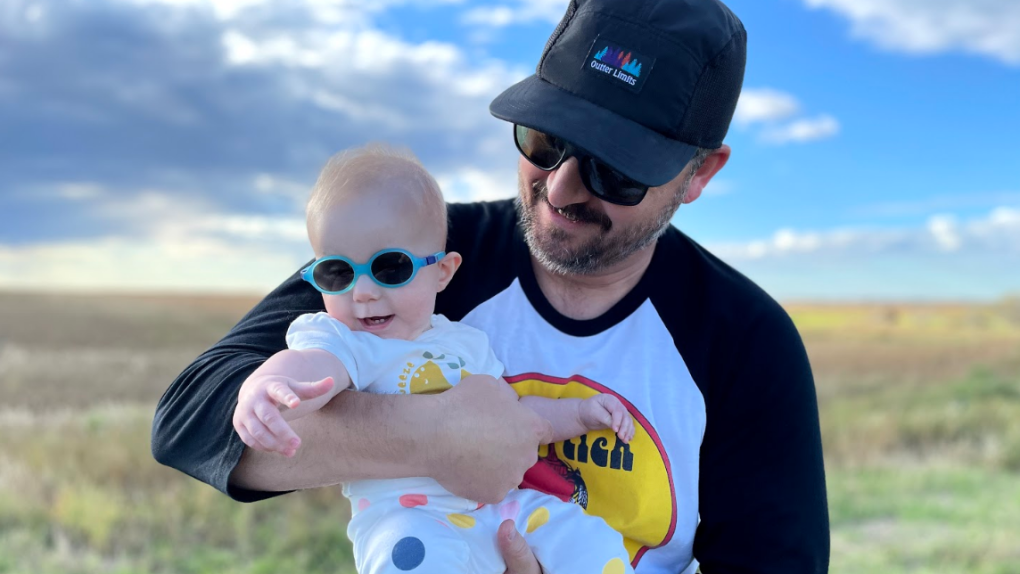 A Saskatoon dad is raising concerns of the long-term impacts that healthcare service slowdowns could have on his 11-month-old daughter, as the Saskatchewan Health Authority (SHA) continues to redeploy resources to help fight COVID-19.

On Thursday, Graham Dickson found out his daughter, Helen, will no longer be scheduled for her physiotherapy appointments.

“We were told our future appointments would be cancelled indefinitely because of a lack of resources,” he said.

Last month, the SHA announced it is slowing services and postponing surgeries in order to redeploy resources and alleviate pressures in hospitals brought on by COVID-19.

More than 200 services have been impacted as a result, including Helen’s treatments.

The SHA did not respond to CTV News’ request for comment.

This past summer, doctors told Dickson that Helen could have cerebral palsy—a muscular disorder often diagnosed around two years old.

He says specialists have been trying to rule out other syndromes. Part of the process of elimination includes an MRI, something that has already been delayed due to service slowdowns brought on by the pandemic.

Helen will also need corrective eye surgery once she turns one year old.

“She’s had a lot of struggles in her life so far. She’s very small and her motor skills aren’t really there,” he said.

“Physiotherapy was really our only method of treatment right now.”

Helen isn’t hitting common milestones for an 11-month-old. Dickson says she can’t crawl or even sit on her own. Only recently, she discovered she could grab her feet.

Since starting physiotherapy, Dickson says Helen is slowly getting stronger.

“Just a of couple days ago, I saw her roll from her back onto her stomach for the first time, which was incredible,” he said.

“The thought of not having any interventions at all and having no guidance from medical healthcare experts is really frightening to me. I don’t know what kind of long-term impact this is going to have.”

Physiotherapy helps patients keep their joints mobile, while making sure they have a good range of motion.

Saskatoon pediatrician Dr. Ayisha Kurji says the treatment can also help children learn to walk on their own and maintain those motor skills.

She says early intervention is key when it comes to improving kids’ mobility.

“The earlier we get you to see the therapist, whether it’s physiotherapy, occupational therapy or speech therapy, the more likely you are able to have improvement in your function and have that sustained,” she said.

According to Kurji, some physiotherapists and occupational therapists in rural communities have been redeployed most of the pandemic.

“There have been kids who have been not able to access their therapies in the same way since the beginning of the pandemic. In a child’s life, 20 months is a long time,” Kurji said.

Now that more therapists in urban centres are being redeployed, Kurji says more kids could see long-term impacts. She says some children may lose their ability to walk, while others could need surgery to reverse the tightness in their joints built up from a lack of treatment.

“It’s a huge impact on a child’s quality of life,” she said.

“Of course we have to put our resources where they are needed now, but it’s not fair.”

On Thursday, Premier Scott Moe said more measures could be put into place, if current restrictions do not help bring case numbers down, adding “nothing is ever off the table.”

However, Moe said he is hesitant to put limits on vaccinated residents.

“We are very resistant to the fact of imposing broad-based restrictions across society understanding that the majority of Saskatchewan people have done the right thing,” Moe said.

Dickson disagrees with Moe’s reasoning. He says service slowdowns could have been avoided if the government reintroduced restrictions sooner.

“To insinuate that we can’t have more restrictions in place because that would be a punishment to those that are vaccinated is a complete fallacy,” Dickson said.

“The people who are suffering and being punished right now are the most vulnerable, like my daughter.”