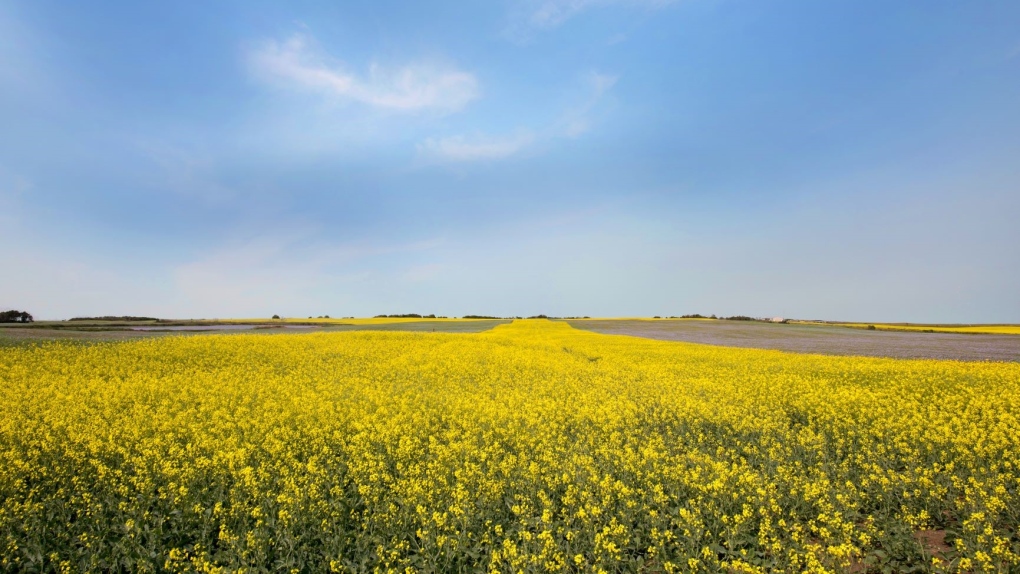 REGINA -- Crops in Saskatchewan remain in relatively good condition and are advancing quickly after experiencing recent rain and warm weather, according to the Ministry of Agriculture.

The ministry said in a news release Thursday that the majority of crops are in their normal stages of development for this time of year.

With hot weather forecasted, it said many crops are expected to catch up quickly. In some southern areas, farmers expect to begin harvesting in the coming weeks.

The province said rainfall varied this past week, with many regions receiving at least half an inch. The Kuroki area, located in the east central region, received the most rainfall with 51 mm.

Cropland topsoil moisture is rated as four per cent surplus, 84 per cent adequate, 11 per cent short and one per cent very short, the province said.

Hay and pasture land topsoil moisture is rated as three per cent surplus, 74 per cent adequate, 18 per cent short and five per cent very short.

The province said farmers continue haying between rain showers, though frequent rain and high humidity have prevented many hay crops from drying down.

Livestock producers now have 22 per cent of the hay crop cut and 20 per cent baled or put into silage.  Hay quality is currently rated as 10 per cent excellent, 65 per cent good, 18 per cent fair and seven per cent poor.

The province said hay yields have been below normal this year. Many farmers are unsure if a second cut is possible.

Damage to crops this past week has been attributed to local flooding, hail, strong winds and a lack of moisture in some areas.