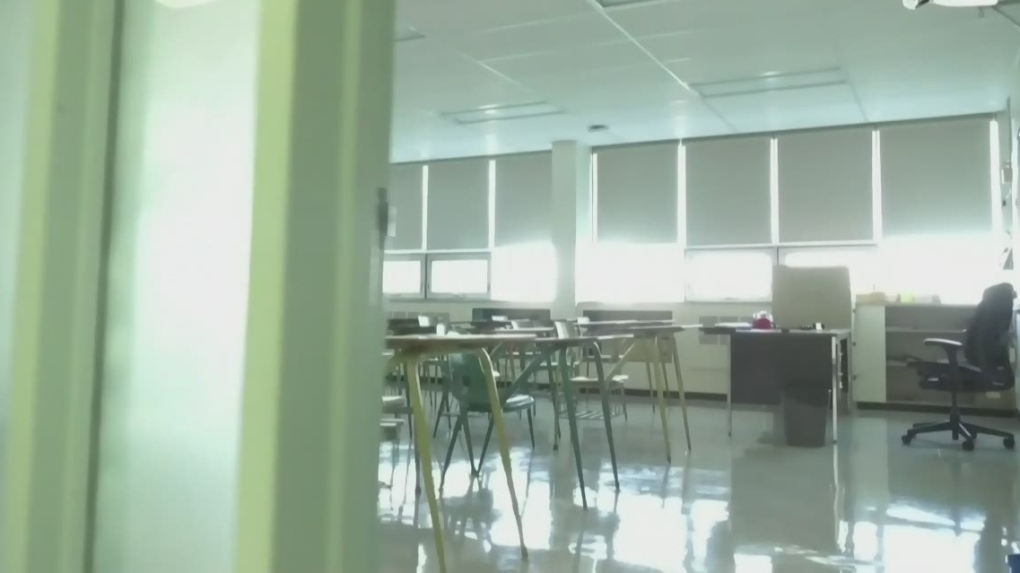 REGINA -- Many Saskatchewan teachers that responded to a recent survey say it has been difficult to maintain physical distancing of two metres while in the classroom.

As well, the organization reported that 52 per cent of respondents said they are unable to meet the educational needs of students while also abiding by health and safety guidelines.

“Most of the things kids enjoy about school have been stripped away, leaving many of them sad and disinterested in learning. The only education models that makes sense given our current classrooms sizes and lack of supports are completely outdated and no longer socially acceptable,” said one survey respondent in the report.

The STF said the survey was in response to a request from Saskatchewan Chief Medical Health Officer Dr. Saqib Shahab.

It was conducted in a tight timeline. Members were able to access it via email for four days. A total of 2,108 people, or 16 per cent of STF members, completed the responses.

It found 22 per cent of respondents indicated they don’t have access to sufficient personal protective equipment at their school.

Some indicated they are running out of equipment or have not yet received expected PPE. They reported a lack of gowns and face shields, mask shortages, limited hand sanitizer and a lack of Plexiglass shields for desks.

“I received one re-usable mask, one face shield, and one non-reusable medical mask for the year,” one respondent said in the survey.

Forty-three per cent of respondents said they have been asked to teach both online and in-person classes.

Other extra duties, which 80 per cent of respondents reported they did, include cleaning and sanitizing, supervising student handwashing, extra lunch or recess supervision, and preparing additional assignments for online.

“I feel like we as teachers have been given so many extra duties … we have not been given any extra support or time to do any of those duties,” said a survey respondent in the report.

The NDP said on Sunday the report shows kids are less safe in the classroom, blaming the Saskatchewan Party government for what it says is mismanagement.

“Years of Sask. Party cuts left schools in a place where they couldn’t manage by themselves, and now Scott Moe is still refusing to put our kids first,” said NDP candidate Carla Beck. “Cuts to education are a bad idea anytime. Now, they’re downright dangerous.”

The NDP said it has committed to investing in schools to keep class sizes small, and ensure teachers and students are supported, if elected government.