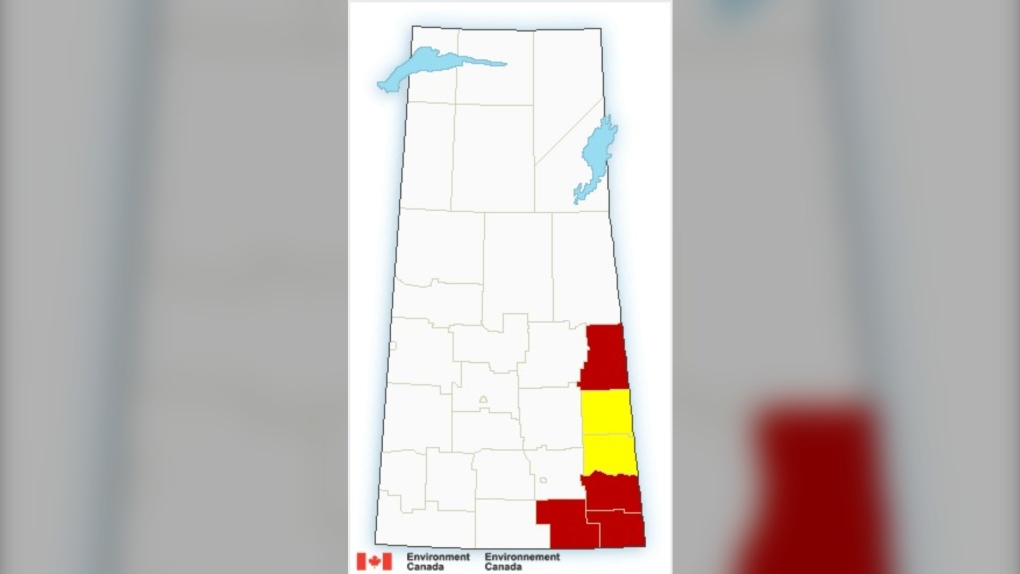 Various weather warnings are in effect for the eastern region of the province. (Courtesy: Environment Canada)

Environment Canada has issued multiple warnings for the eastern region of the province Sunday afternoon, citing the risk of severe thunderstorms, heat and tornado watches.

The affected area spans from Hudson Bay to the U.S. border, going as eastward as the Manitoba border and extending as far west as Milestone.

Tornado warning now in effect. Storm near Kipling. If you are in the area seek shelter immediately. #SKstorm pic.twitter.com/icixXrO3xU

“Severe thunderstorms are forecast to form in an unstable air mass centred over the Saskatchewan/Manitoba border this afternoon, some of which have the potential to produce tornadoes,” Environment Canada explained in its warning to the Yorkton, Melville, Esterhazy region.

A Tornado WARNING is in effect for:

R.M. of Hazelwood south of Kipling - R.M. of Kingsley including Kipling, Saskatchewan

In the event of a tornado, it reminds the public to go indoors and shelter in a room on the lowest floor away from any windows such as a basement, stairwell or interior closet.

Daytime temperatures reaching exceeding 30 C and overnight lows in the mid-teens are expected to persist until Monday.

The high temperatures are paired with high humidity, increasing the risks of heat-related illnesses according to Environment Canada.

To learn more about the ongoing weather warnings, Environment Canada encourages the public to visit their website.