'This one is special': Hundreds gather as Yorkton returns to typical Remembrance Day service

'This one is special': Hundreds gather as Yorkton returns to typical Remembrance Day service 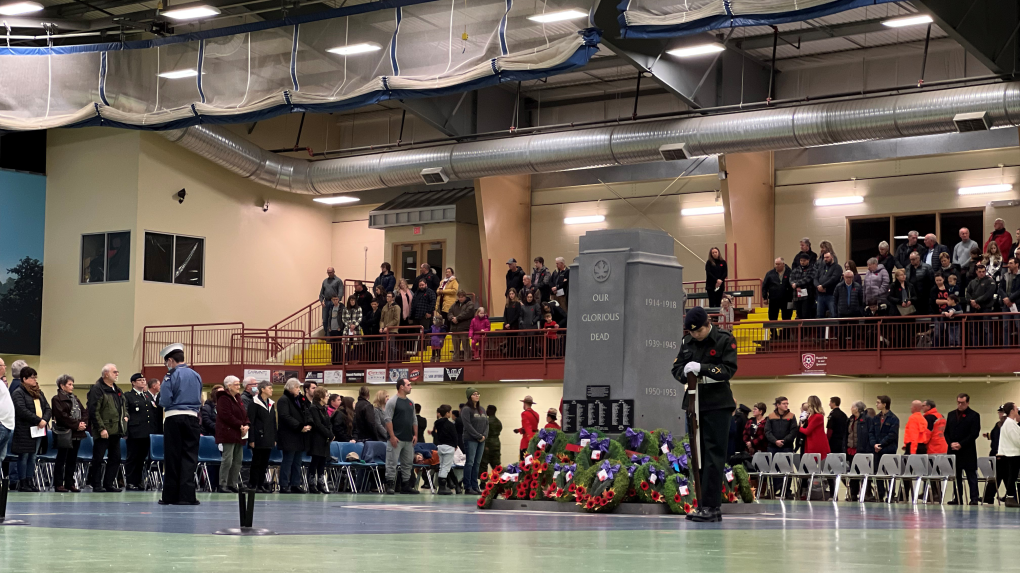 For the first time since the beginning of the COVID-19 pandemic, the Yorkton Legion was able to gather for a full ceremony for the 2022 Remembrance Day ceremonies.

The event did not run in 2020, and was scaled-back in 2021, according to past president of the local legion, Barry Whitehead.

“This one is special,” he said.

“It was really nice this year to have the proper ceremony with the right amount of people here — we had a great turnout.”

Hundreds gathered in the Gallagher Centre Flexihall for the nearly two-hour ceremony. Whitehead said everything they do — including going that extra mile — is for their veterans.

“Our job is to support the veterans,” he said.

“We feel that we should go all the way, especially for those ones that made the ultimate sacrifice.”

Whitehead joined the Legion in 1996 following his retirement from the Royal Canadian Air Force as a long-time fire fighter.

References to the ongoing unrest in Ukraine were also made during the service by local members along with the special guest and military historian, Doug Chisholm.

Among those in the crowd were Yorkton Mayor Mitch Hippsley, who said his own father fought in World War II.

“For seven years, he lied about his age. He was too young to get into the war,” he said.

“In his last years of life, he’d remark on things that would happen … I don’t know how any soldier can go through that and come out doing well.”

Hippsley called the event incredible and moving, and was honoured to take part with the numerous serving members, officers, emergency personnel and veterans past and present.

“Just incredible — it’s a privilege to walk with them.”