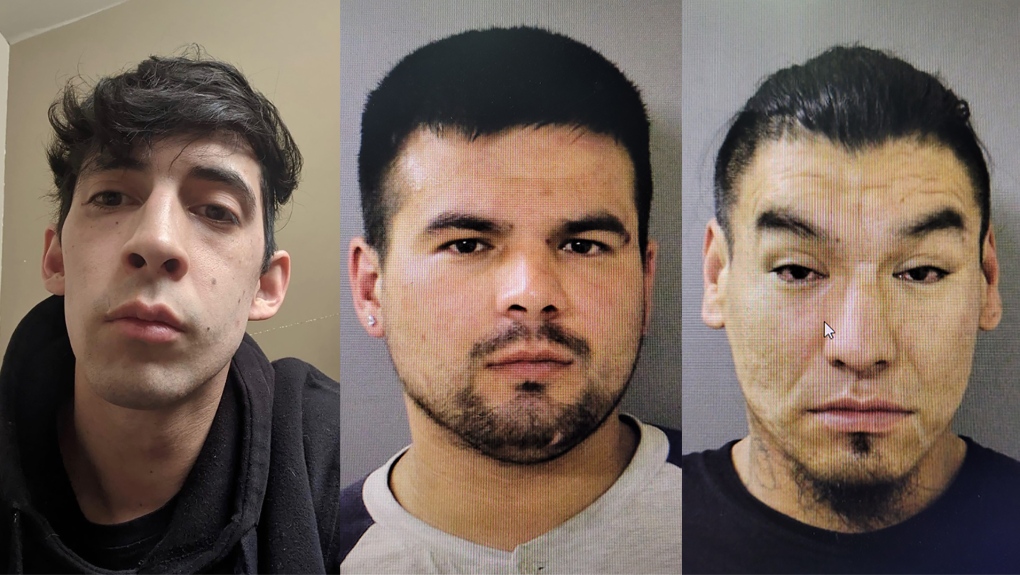 RCMP are asking for the public’s assistance in finding three men wanted for kidnapping and forcible confinement.

Yorkton RCMP said at approximately 2 a.m. on Sept. 7, a man was approached by a vehicle while walking in an alley off of Independent Street. A man got out of the vehicle, grabbed the other man and pulled him into the vehicle, according to information from RCMP.

The victim was taken to a garage, threatened with firearms and held until the following morning, when he was released.

Officers were notified of the kidnapping at approximately 10:30 a.m. on Sept. 7.

RCMP said the victim and the three men charged in the incident are known to one another, and this is believed to be an isolated incident.

All three men are charged with robbery with firearm, kidnapping with firearm, forcible confinement and unauthorized possession of a firearm.

If you see any of these men, you are asked not to approach them and to contact police or Crime Stoppers.