REGINA -- With fall session about to begin, legislation around vaping and related products and stronger punishment for distracted drivers are high priorities for the Government of Saskatchewan.

Lieutenant Governor Russ Mirasty delivered his first throne speech since being sworn in in July. Funding to reduce surgical wait times, improving the safety and wellbeing of Indigenous children and reducing the number of children in the province’s care were also touched on.

Mirasty inspected the Canadian Forces Guard of Honour infront of the Legislature prior to the speech. He wore moccasins. 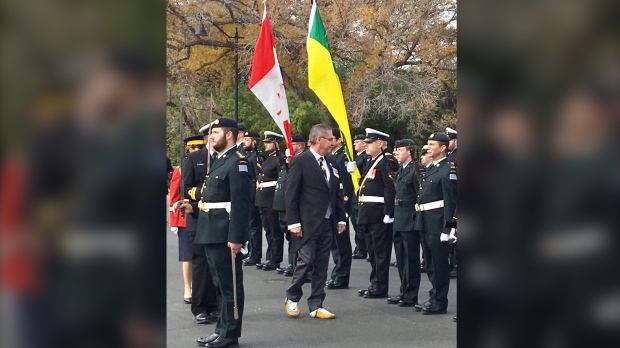 His Honour, Lt Governor Russell Mirasty inspects a Guard of Honour in front of the SK Legislature before delivering the Speech from the Throne. He is wearing First Nations moccasins. #yqr ⁦@ctvregina⁩ ⁦@SKLegAssembly⁩ ⁦@CanadianForces⁩ pic.twitter.com/M6WGtQ88zb

As Saskatchewan communities work to phase out the coal industry, the province has promised $10 million to Estevan and Coronach to help “expand economic development opportunities” in those communities.

“I’m not going to say what exactly the dollars will be invested in as we move forward,” Moe said prior to the throne speech, but mentioned the communities will spend the money on what they feel is an important investment.

The province has what it calls an ambitious goal to increase the population to 1.4 million residents by 2030. Saskatchewan has seen a population increase of 165,000 in the last 12 years, the provinces fastest rate of growth in the last 80 years. Additionally, the province hopes to create 100,000 jobs by the same 10-year deadline.

The province is not currently offering insentives for immigration.

Moe feels the carbon tax and bill C-69 are limiting the number of jobs in the province. He mentioned that producers are paying more to dry their products, and oil is tying up railways.

"It's all connected. It all effects the economy here in the province. The carbon tax is the canary in the coal mine, but there is bill C-69, there is corporate income tax changes," Moe said.

NDP leader Ryan Meili told reporters that Scott Moe is “out of ideas” for making Saskatchewan a better place to live. He mentioned that the provinces lack of plan for managing classroom sizes is a misstep.

“When you read the text of this throne speech, what you see mostly is talk of spending since 2007,” Meili said. “The fact is they’re really ignoring the trouble in the last five years.”

He said Moe lacks an understanding for the relationship between investments in education, pulling people out of poverty and how those investments contribute to economic growth. 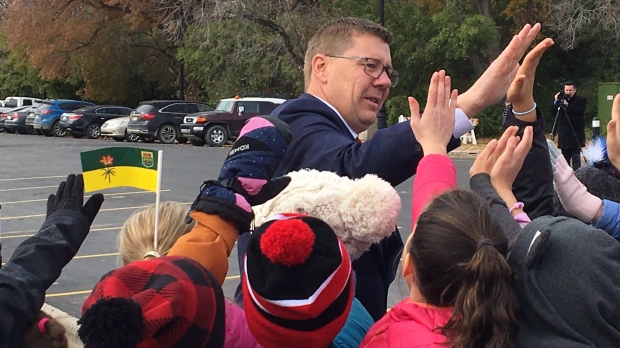