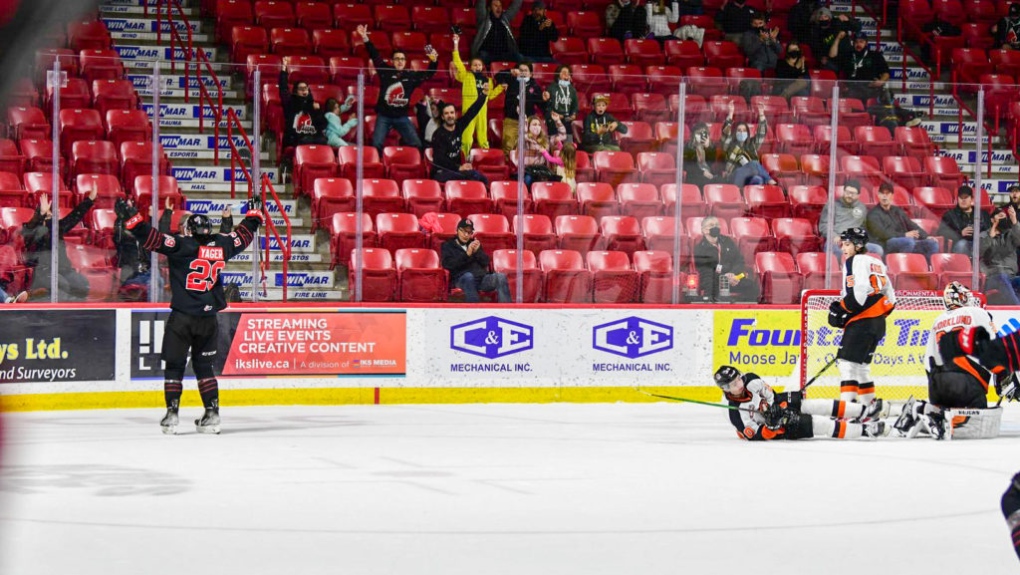 Brayden Yager has been awarded Rookie of the Year by the Canadian Hockey League, the national body representing Canada’s major junior hockey leagues.

Born in 2005, Yager is the first player in Warriors franchise history to win the award. He was named the recipient as part of Memorial Cup week on Tuesday.

“This a great accomplishment for Brayden and the Warriors organization,” Warriors general manager Jason Ripplinger said in a news release. “From the time he came into the WHL, he was a highly-touted prospect and with his development, he’s become a well-rounded, high skill player.”

In the 2021-22 season, Yager finished third among WHL rookies with 34 goals in a campaign that saw him net a new franchise record for goals in a 16-year-old season. He also racked up 25 assists for a total of 59 points on the season. His offensive efforts also earned him the Western Hockey League’s Rookie of the Year nod at the start of June.

Yager will be back on the ice in July for Canada’s under-18 selection camp.

Egyptian intelligence officials have called for a cease-fire to begin at 11:30 p.m., indicating that a deal has been struck to end the violence in Gaza that has killed dozens of Palestinians.

Four more ships carrying agricultural cargo held up by the war in Ukraine received authorization Sunday to leave the country's Black Sea coast as analysts warned that Russia was moving troops and equipment in the direction of the ports to stave off a Ukrainian counteroffensive.

While the peak of the Perseids meteor shower, one of the brightest of the year, may be next week, now may be the best time to see the astronomical event, according to The Weather Network.

Hundreds forced out of their homes as Okanagan wildfire rages on in B.C.

An evacuation order remains in effect in Olalla, a community just north of Keremeos, B.C., as a wildfire classified as 'out of control' continues to grow, impacting nearby residents.