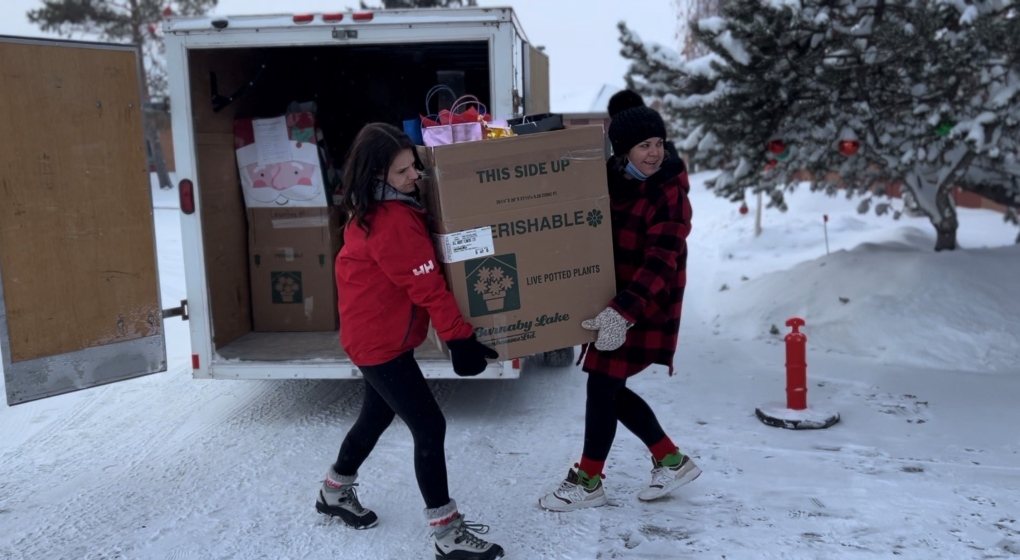 With a lot of the holiday season focused on giving back, Santa may have some competition in Yorkton.

The Extravadance studio, led by owner Kristin Webber, pushed the community and members of the dance studio to give back this holiday season.

Webber has organized multiple drives for the community, stepping up to help out seniors with the annual Stockings for Seniors program, the Salvation Army through an annual toy drive, even to local pets, organizing a drive for dog and cat food, and other animal products.

With all the drives through the studio, Decembers get pretty hectic.

“(It looked) like a bomb went off. It’s been bad. Not bad, but overwhelming. Lots of stuff,” said Webber.

It all started with the toy drive, years ago, when the studio was only located in Canora. It was the success there that led to other initiatives.

But Webber can't do it alone, she's quick to thank friends and staff like office manager, Jodi Bjornerud.

“It's been great being a part of this. And each year once we hear how appreciative people are for the different things we've taken on, it makes it that much more worth while,” said Bjornerud.

Wednesday was a busy day for the group, wrapping up stockings to seniors and delivering them to communities such as Yorkton, Kamsack and Preeceville.

Over 500 stockings were stuffed and distributed for the drive.

The crew at Extravadance was quick to jump into action when a apartment blaze at the beginning of December displaced 15 families in Yorkton.

Through social media and word of mouth, the group gave roughly four trailer loads of tailored goods to those left without their homes for the holidays.

“I'm so grateful to everybody that just started showing up and bringing everything from clothes to toques, to frying pans, towels, blankets -- you name it. There was so much love for those families,” Webber said.

Webber has no plans to slow down, and knows the needs of the community don't end when the holiday season is over.

She said the generosity of Yorkton and area are what keep her going and she plans to be right back next holiday season, beginning yet another drive of drives next November 12.