'We think of the ones who aren't here with us': Dahlgren family excited for Broncos future and remember lives lost 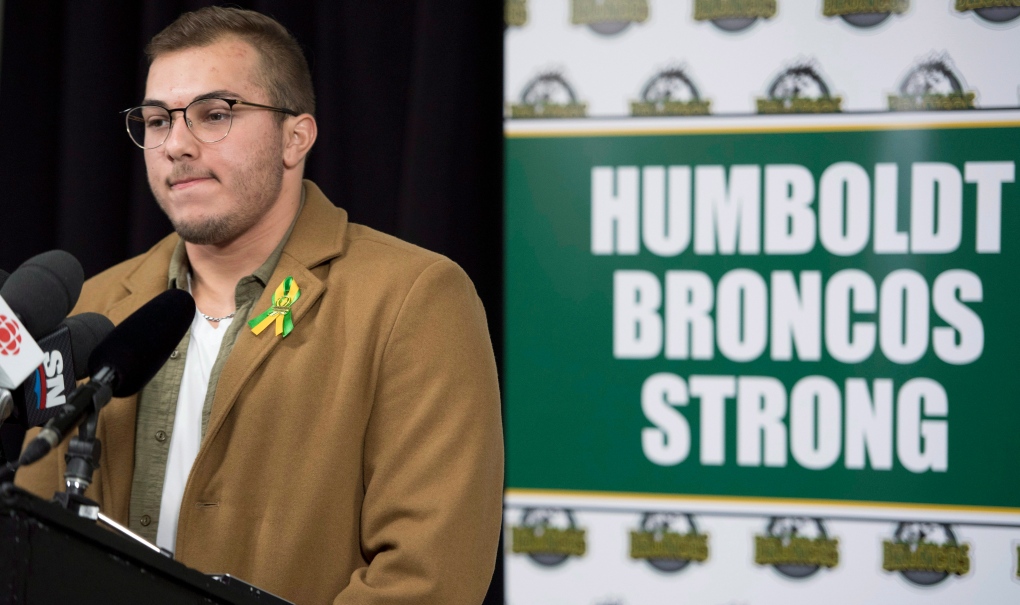 Kaleb Dahlgren and his father Mark were at the Humboldt Broncos home opener Wednesday evening, to support the future of the team and honour his teammates who couldn’t be there.

“I’m excited to be here and honour everyone who isn’t here with us.” Kaleb said.

Dahlgren was one of the players on the bus the night of the crash.

“It’s been quite the journey for us over the last few months,” Mark said. “Highs and lows all the way through.”

He made mention that their family was one of the lucky ones, gesturing to his son who stood next to him.

“There’s not a day that goes by that we forget that we’re the lucky ones,” Mark said.

The Dahlgren’s said that in terms of highs and lows, Wednesday’s game falls somewhere in the middle.

“We’re glad to see the Broncos moving on and continuing their rich tradition of hockey on Humboldt,” Mark said. “But we think of the ones who aren’t here with us.”