The second day of the Canadian Western Agribition was called ‘bison day’ and for good reason. Events focused on the importance of bison in the agriculture industry as well as the animal’s Indigenous roots and connections.

A powwow was performed by First Nation Dance Troupe in which organizers talked the audience through the importance of Indigenous ceremonies.

It was the first time that Agribition has included Indigenous culture in this way.

“A lot of people didn't understand what bison is and what it means to us as Indigenous people,” member of the First Nation Dance Troupe Jack Cappo said.

“It provided a bit of insight, a better understanding of why we do these things and why we would have so much respect for bison.”

The bison plays a significant role in Indigenous culture.

“So it was essentially like what we needed to live and to survive so it's not just a ceremonial thing.”

Bison have been a part of Agribition for 30 years since its inception. However, the animal has never had a day dedicated to them.

“We're a small industry but one that's built on sustainability and it's a great product, healthy for you and healthy for the planet,” Brennin Jack, who is a bison producer and auctioneer, told CTV News.

“So it doesn't get better than that.” 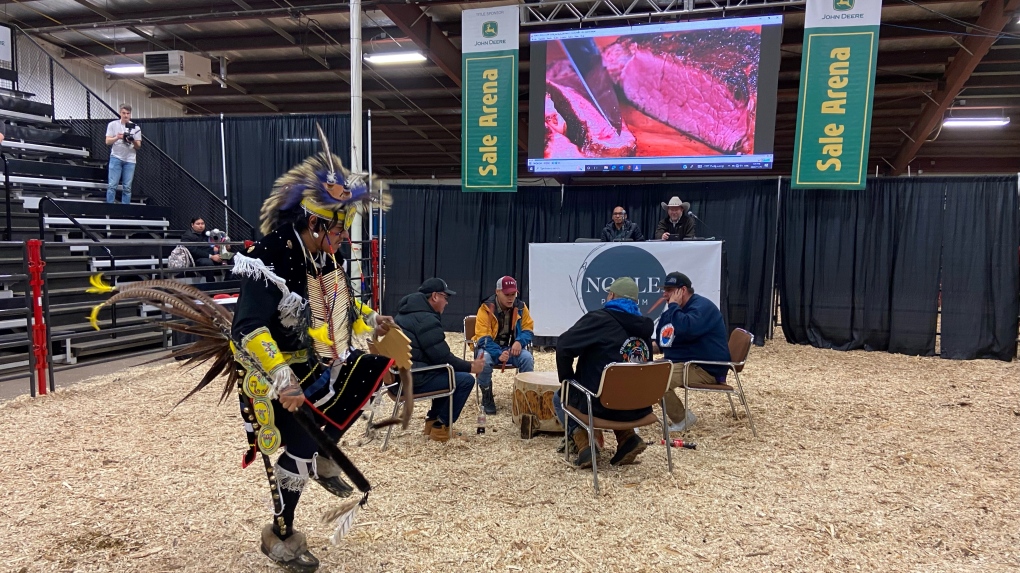 Day two of Agribition was marked by a celebration of the bison, which featured powwow celebrations as well as bison sales. (Luke Simard/CTV News)

According to Jack, Canadian bison is the best in the world.

“Just because of the cold weather and all of the years of quality stock that has been bred here by the producers just makes them the best in the world,” Jack said.

“If you look where we are today and where we are in the in the future, bison is a becoming a significant part of our livestock production,” Moe said.

With the day’s activities proving that both are vital aspects of Saskatchewan’s cultural history and its economic future.

Canada's newest millionaire, an 18-year-old university freshman from northern Ontario, has achieved a lot of firsts with a recent lottery win. Here is her story.

A Portuguese dog named Bobi has been named the world’s oldest living dog by Guinness World Records, which claims the pooch is also the oldest canine ever recorded.

A group of airlines is asking the Supreme Court of Canada to hear their case after a lower court largely upheld the validity of Canada's air passenger bill of rights.

A letter of support signed by 30 prominent Quebecers, including academics, activists, and community leaders, is asking that Amira Elghawaby be given the chance to fulfil her mandate as Canada's first special representative on combating Islamophobia.