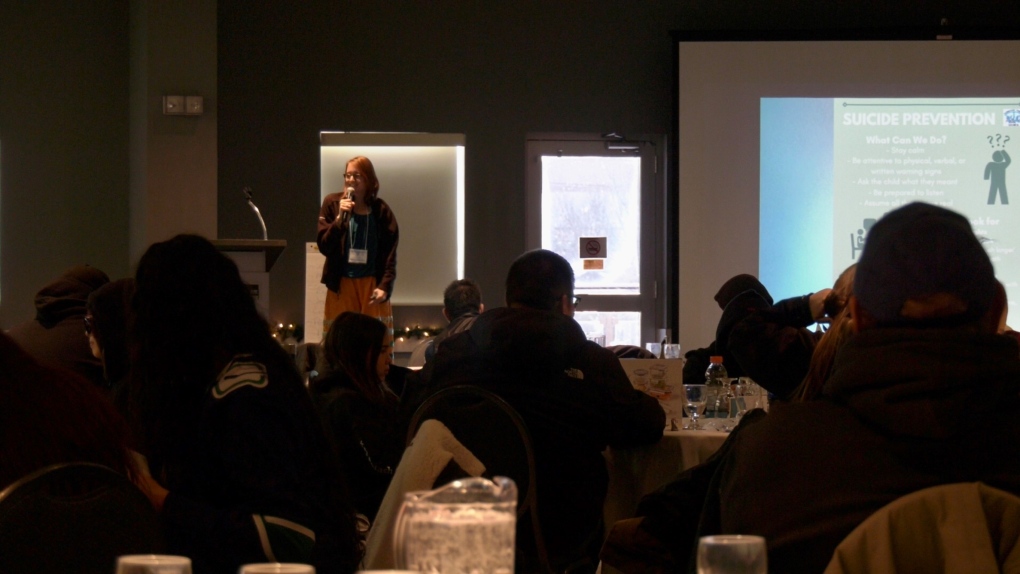 Yorkton Tribal Council (YTC) is hosting a three-day Mental Health and Addictions Conference, geared at an Indigenous-led response for the crisis.

2022’s version is called “Restoring Hope,” and it’s the third year the conference has been facilitated by YTC.

Speakers from across Saskatchewan spoke of culture, languages, traditions, traditional medicines and its connections with addictions, along with work towards suicide prevention, trauma recovery, the opioid crisis and overcoming addictions.

Melanie Knutson is an addictions worker with YTC, and the mental health crisis team coordinator. She also led much of the organizing leading up to the conference.

“It’s for all six of our YTC First Nation communities,” she said. “It’s mostly for our frontline workers to focus on different topics and different information.”

In the first two days, the conference has welcomed around 200 to the Gallagher Centre, with Thursday’s agenda featuring more on the opioid crisis in Indigenous communities.

She added that most addictions centres are looking at a backlog of around six months for treatment, created by the pandemic.

“They’re stuck on their communities, so what are you going to do? So that’s where addictions increases quite a bit,” Knutson said, before explaining the link between rises in overdose deaths and suicides.

“It’s a perpetual cycle of trauma. Everyone uses for a reason, it’s not something that’s random.”

Knutson said with the pandemic ending, numerous addictions and trauma related deaths are occurring on reserve. The addictions worker said an increase in funding will lead to more supports from YTC to its member communities in the new year.

“Indigenous culture is all about family and holistic health. They’re very much following the medicine wheel, of if someone is struggling with addiction, there’s another piece or another part of their life that is out of balance … it’s very important,” she said.

Since 2020, Saskatchewan has experienced over 1,000 overdose deaths.

Majority of affordable homes approved under federal program not yet constructed

The federal government has set aside billions of dollars to quickly build affordable housing across the country, but delays in construction suggest many of the projects approved for funding are missing their deadlines.

As Canada's RCMP marks 150th anniversary, a look at what it says needs to change

After years of reports and allegations detailing a 'toxic' workplace, Canada's RCMP says it is trying to evolve, focusing on diversity in its organization and repairing relationships with communities as it marks its 150th anniversary.

Tyre Nichols' fatal encounter with police officers in Memphis, Tenn., recorded in video made public Friday night, is a glaring reminder that efforts to reform policing have failed to prevent more flashpoints in an intractable epidemic of brutality.

Once-in-a-lifetime discovery: Indigenous jacket that may be a century old turns up in small U.K. town

'Don't be numb to this': Battling despair over gun deaths

When President Joe Biden signed a bill last year to fight gun violence -- the first such measure to pass Congress in a generation -- a substantial majority supported it. But 78 per cent said they believed it would do little or nothing at all, a survey by the Pew Research Center found.

According to a new study, showing university students the health risks of vaping through experts and personal testimonies can help deter them from using e-cigarettes.