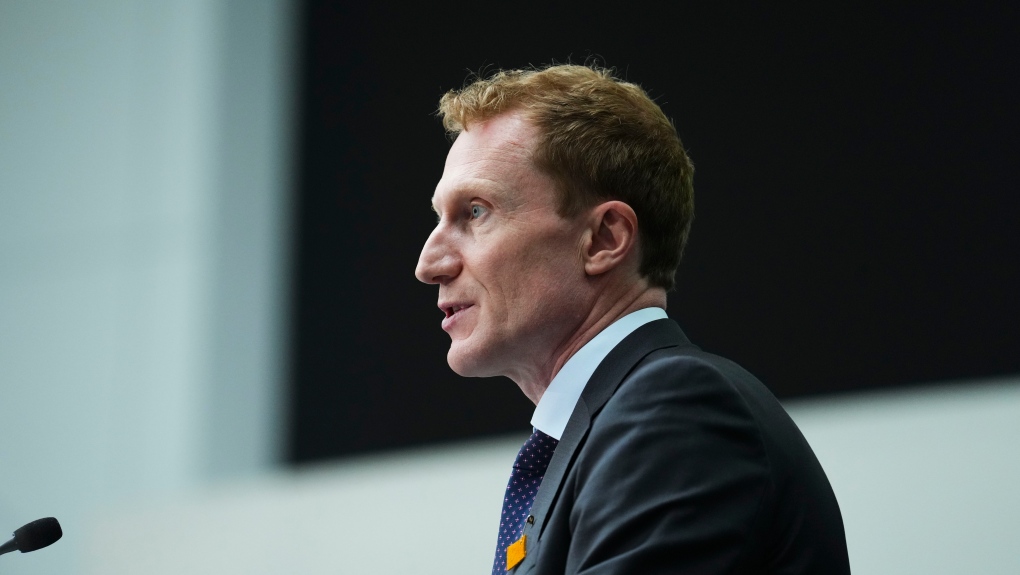 Marc Miller, Minister of Crown-Indigenous Relations provides an update on the Government of Canada's actions and investments to support Indigenous communities regarding the ongoing impacts of residential schools during an announcement in Ottawa on Monday, May 16, 2022. THE CANADIAN PRESS/Sean Kilpatrick

A tripartite settlement agreement was signed between the government of Saskatchewan, the federal government and the Zagimē Anishinabēk First Nation on Thursday, allowing the First Nation to acquire over 180,000 acres of land.

Chief Lynn Acoose, of Zagimē Anishinabēk First Nation, Minister Responsible for First Nation, Métis and Northern Affairs Don McMorris, as well as the federal Minister of Crown-Indigenous Relations Marc Miller were reported to have negotiated the agreement for each side, according to a news release from Crown-Indigenous Relations and Northern Affairs Canada.

“We look forward to the benefits, for current and future generations that will result from this settlement,” Chief Acoose said in the release. “In addition to supporting Zagimē Anishinabēk’s community and economic development goals, we anticipate ongoing positive relations with Canada and Saskatchewan as the work of adding to our land base proceeds under the settlement agreement.”

Zagimē Anishinabēk signed Treaty 4 in 1874, provided that the Crown set aside 128 acres per person. Zagimē received 31,829 acres of land as reserve for the Nation, which represented enough land for approximately 248 individuals.

It was determined that Zagimē Anishinabēk’s population at the time of entering Treaty 4 was 271, resulting in a Treaty Land Entitlement shortfall of 2,859 acres.

“There will now be opportunities for land investment, economic development, and community enhancements,” Minister McMorris said in the release.

“The Government of Saskatchewan is committed to working together with First Nations and Métis partners to advance reconciliation.”

The compensation listed in the settlement will amount to $20.3 million according the news release.

Canada has agreed to pay $14.5 million of the settlement while Saskatchewan will pay the remaining $5.8 million.

Both the provincial and federal governments have agreed to set aside $3.1 million as compensation to rural municipalities and school divisions once taxable land is set apart as reserve.

Zagimē Anishinabēk’s claim was originally accepted for negotiations on September 18, 2006.

Pfizer’s antiviral medication Paxlovid is designed to reduce the risk of hospitalizations in patients with COVID-19. It’s approved for use in Canada, but the rules about who can prescribe and dispense it vary by province.