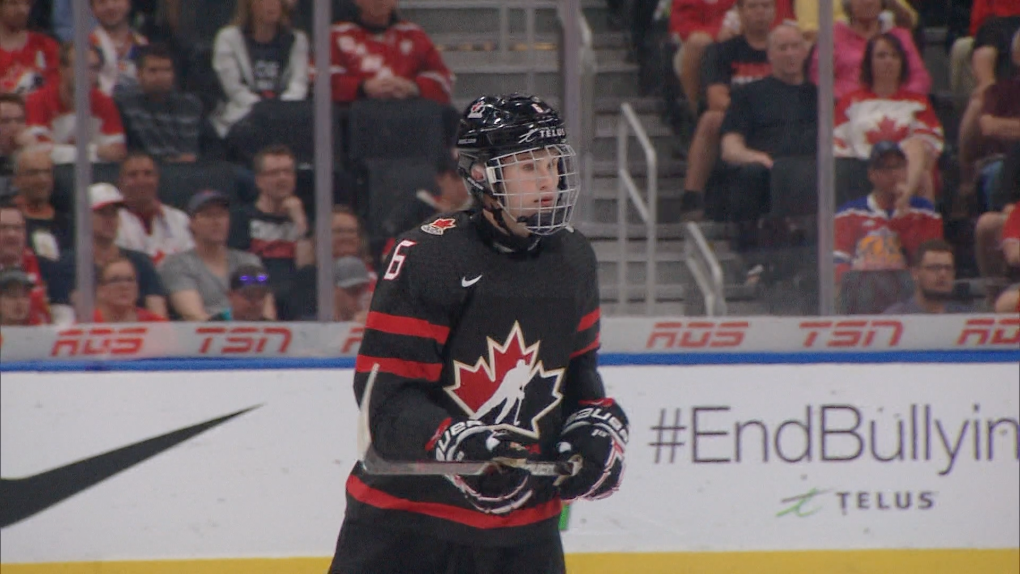 REGINA -- Three Saskatchewan junior hockey players have made the cut to represent Canada at the World Junior Championship.

Saskatchewan’s Connor Zary, Braden Schneider and Kaeden Korczak will be on the roster for Canada’s quest for back-to-back gold medals at the annual tournament.

Zary, a Saskatoon-born forward, was a 2020 first round draft pick of the Calgary Flames. He plays for the Kamloops Blazers in the WHL.

2019 Vegas Golden Knights second round pick Kaeden Korczak hails from Yorkton. The defenceman is a member of the WHL’s Kelowna Rockets.

Prince Albert-born Schneider is a member of the Brandon Wheat Kings. The New York Rangers selected the right-shot defenceman nineteenth overall in the 2020 NHL draft.

All three players will be taking part in their first U20 World Junior Championship. Twenty-two other players made the final cut, including six returnees from the 2020 gold medal winning team.

“This camp has been unconventional from the outset with the number of players invited and the length of camp, along with the schedule adjustment due to our two-week shutdown, but we feel we have selected a group that will give us the best chance to defend our gold medal on home ice,” Millar said, in a release.

Canada kicks off its 2021 IIHF World Junior Championship on Dec. 26. The games will be broadcast on TSN.