Stephanie Taylor The Canadian Press
Published Friday, May 17, 2019 8:09AM CST 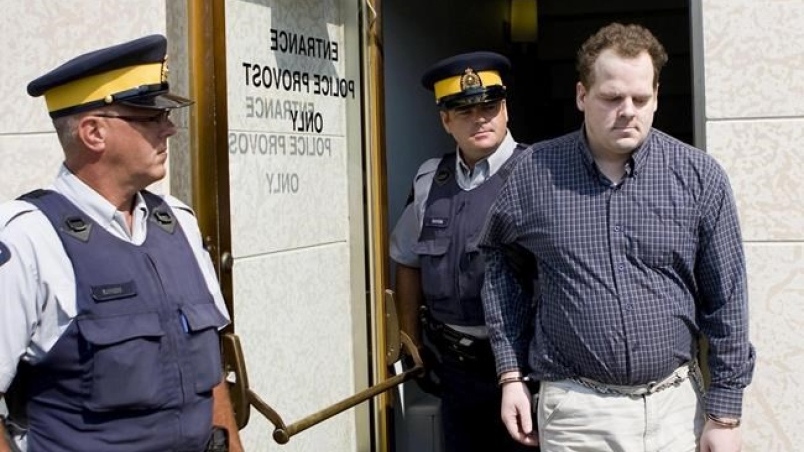 A Saskatchewan man who was the victim of a notorious pedophile says it's disgusting and a risk to the public that his abuser has a profile on a pen-pal website for inmates.

Zach Miller, now 24, was 10 years old when he was abducted and sexually assaulted by Peter Whitmore in 2006.

Whitmore already had a record as a prolific sex offender who posed a high risk to reoffend when he kidnapped Miller and a 14-year-old boy from Manitoba.

He locked them in an abandoned farm house near Kipling, Sask., for two days and abused them repeatedly before he was arrested following a police standoff.

Whitmore is serving a life sentence.

The post on Canadian Inmates Connect says Whitmore is lonely, has cancer and is seeking friendship.

"I am a very caring and loving person who cannot begin to describe my loneliness. I hope you will take the time and get to know me and allow me the privilege of getting to know you," the post reads.

Miller, who had a publication ban lifted on his name in 2015 so he could share his story, thinks Whitmore is being manipulative.

"Every time he comes up, he's trying to make people forget that he's a bad guy ... I'm frankly getting tired of it," Miller said.

A spokeswoman for Child Find Saskatchewan said the agency is concerned because the post does not include information about Whitmore's pedophilia.

The profile says the 48-year-old is behind bars for kidnapping and sexual assault. It says he is 14 years into his sentence at the Bath Institution, a medium-security facility in Ontario.

"On a human level ... who would want to correspond with somebody who has been incarcerated for 20 years for being a pedophile and victimizing numerous children?" asked Child Find's Sue Ramsay.

Court documents filed as part of Whitmore's past cases outline how prison psychologists have characterized him as a manipulative liar, unwilling to admit that he'd ever harmed anyone.

Miller said he understands prisoners have a right to communication, but he wants websites to vet users to ensure offenders who have a history of preying on the vulnerable are not welcome.

The profile lists Whitmore's hobbies as playing video games and collecting photographs of people, castles and homes from the Victorian era.

"I have numerous health problems, including leukemia. I use a walker for stable mobility due to problems with my legs and feet due to diabetes," the profile says.

Although many inmates on the site are listed as single and interested in forming relationships with women, Whitmore's profile says he's looking for "long-lasting friendship" with men and women.

Melissa Fazzina of Toronto runs Canadian Inmates Connect and said she understands some victims may be upset to read an offender's profile.

She charges inmates $35 for an annual membership to the site. While she requires prisoners to be honest about their convictions, their profiles don't list specifics of their crimes, she said.

"If you want all the details, you have to Google them or ask them."

Fazzina, a woman and a mother, said crimes such as Whitmore's don't sit well with her.

Catherine Latimer, executive director of the John Howard Society, says child-sex offenders have a tough time in prison and are often isolated.

She believes it's important for them to have relationships with people other than criminals.

"You want them to have some pro-social, non-criminal contacts and to reinforce that pro-social way of living," she said.

In a statement, Correctional Service Canada noted that inmates' incoming and outgoing mail is opened and searched to ensure it is free of contraband.