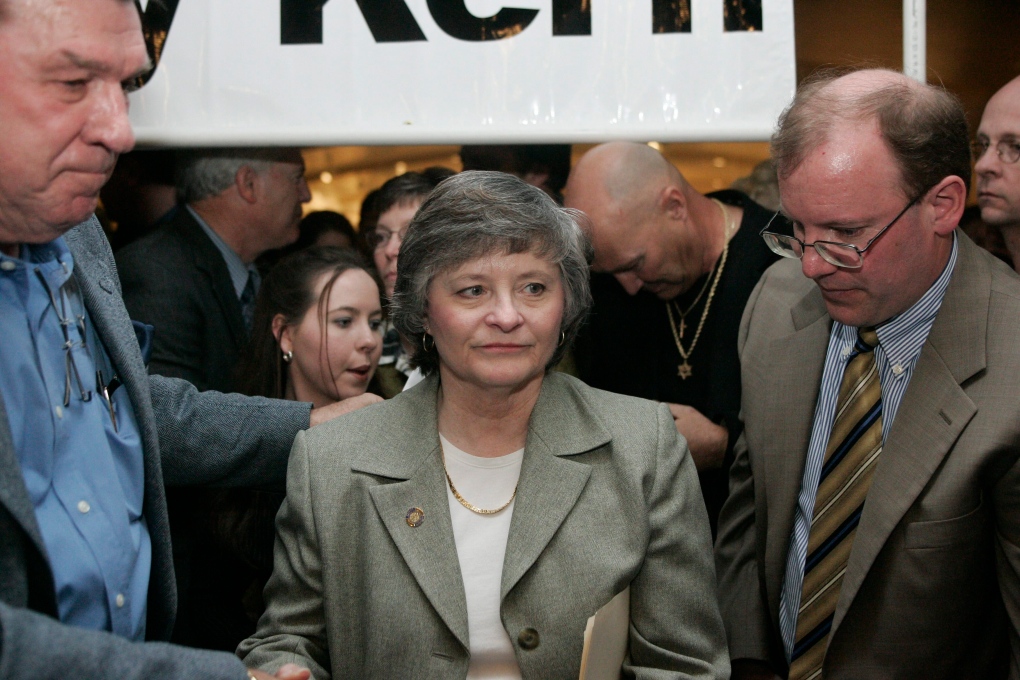 Peter LaBarbera is seen at a rally in support of Oklahoma state Rep. Sally Kern on Wednesday, April 2, 2008. (AP Photo)

American anti-gay activist Peter LaBarbera has reportedly decided to voluntarily leave Canada after he was arrested in Regina.

LaBarbera, 51, was questioned by Canadian border officials Tuesday morning following his arrest on the University of Regina campus a day earlier.

The university learned the men were on the property around 12:30 p.m., and they were asked to leave the campus several times.

LaBarbera and Whatcott were displaying materials the university described as "graphic" and against the institution’s policy.

A counter-protest was held by the UR Pride Centre, but interactions between the two camps were peaceful.

Both LaBarbera and Whatcott have been released and are scheduled to appear in court on May 26.

The pair were planning to speak on the University of Saskatchewan campus Tuesday, but according to Whatcott’s website, the event has been cancelled.