Antler-ectomy underway on Mac the Moose 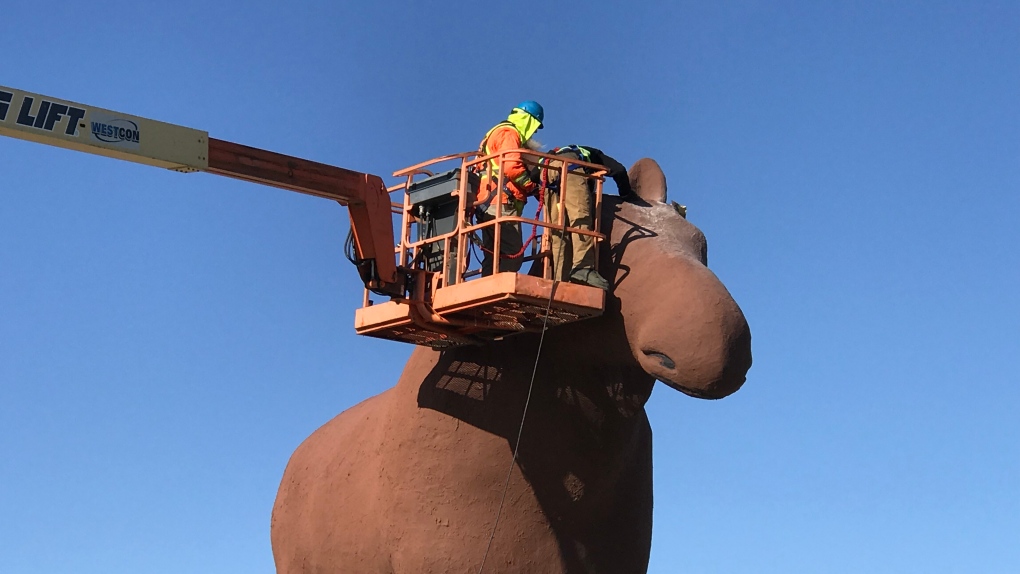 MOOSE JAW -- After months of anticipation, Moose Jaw’s Mac the Moose statue will receive a new set of antlers this week to regain the title of the world’s tallest moose after a statue in Norway took the title.

The installation process started on Monday, when crews could be seen sawing and hammering Mac’s head where his new antlers will go. The City of Moose Jaw says the new rack will be installed throughout the day on Tuesday, and the official unveiling will take place on Thursday morning. 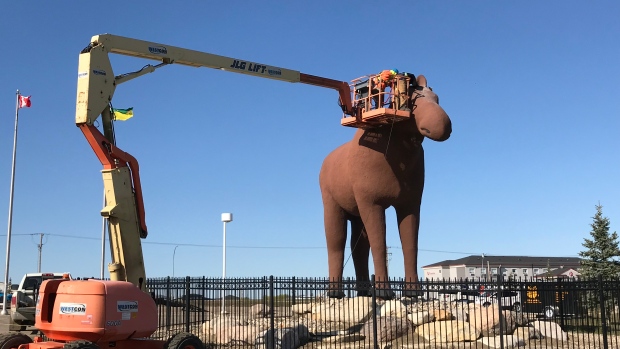 The City of Moose Jaw decided to get Mac a new rack so he could retake the title of World's Tallest Moose. Mac lost the title to a moose in Norway in 2015, but after a "Moosarandum of Understanding," the two countries decided Mac could be largest, and Norway's Storelgen could be the shiniest and most attractive moose. 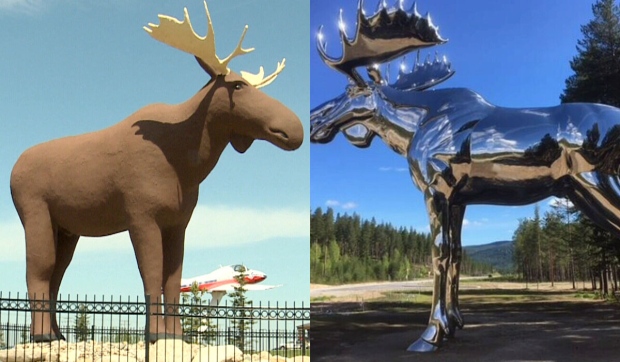 Orion Taxidermy and Steady Metalworks are putting the finishing touches on Mac's new rack, which will be unveiled on Oct. 10. 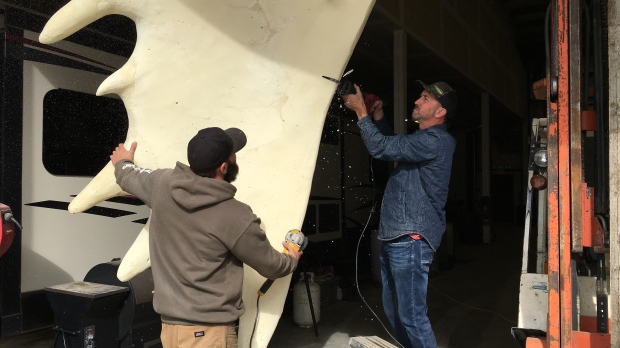