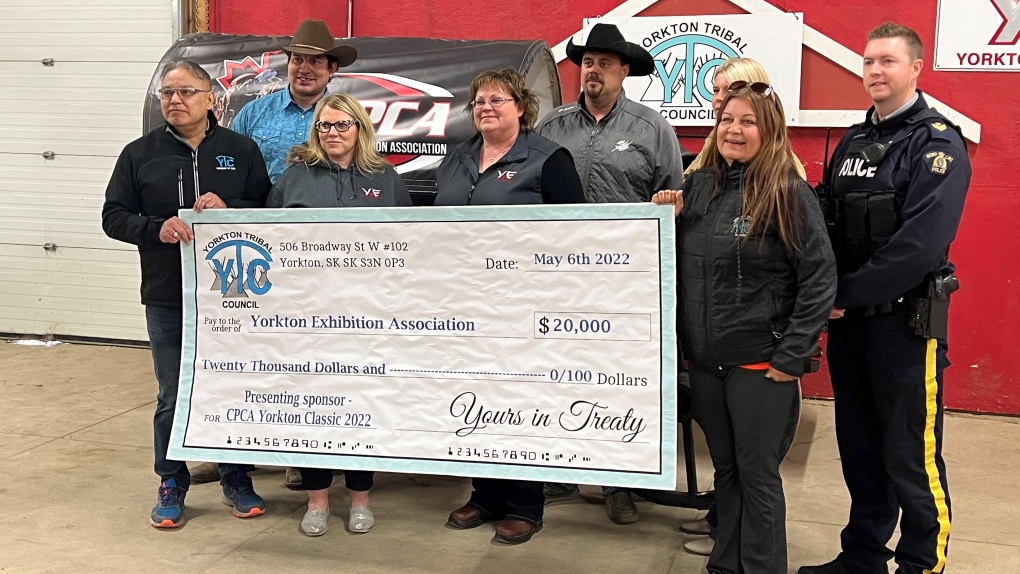 Ten years after pulling back the reins on chuckwagon races in Yorkton, they are back.

Early in June, 36 drivers will compete for the top spot in the CPCA Yorkton Classic. It will run June 3rd to 5th at the Legacy Co-op Grandstands.

Alongside the chuckwagons, another world-renowned event will also make its way back to the city.

The RCMP Musical Ride is back on June 4th and 5th to round out a busy weekend for the Yorkton Exhibition Association (YEA).

The CPCA Yorkton Classic got a boost during Friday’s announcement as well, with Yorkton Tribal Council giving the Association a $20,000 cheque for the event.

Lori Walsh, President of the YEA said it’s been a long time coming.

“We have two exciting shows we’re bringing back to Yorkton for the first time in quite some time,” she said. “There’s been a lot of (work) behind the scenes.”

BJ Carey, representing the Canadian Professional Chuckwagon Association, said it’s been a long ten-year wait to get back to the grounds in Yorkton, adding he hopes to see a full crowd.

The RCMP Musical Ride has been running since 1876, which showcases a troop of 32 Mounties on horseback, performing an intricate show choreographed to music.

Nestle is flying baby formula into America as shortage continues

Nestle is rushing baby formula into the United States via airfreight in a bid to ease a nationwide shortage that is unnerving parents around the country.