Hewitt Commentary: Cody Fajardo rumours are out of control 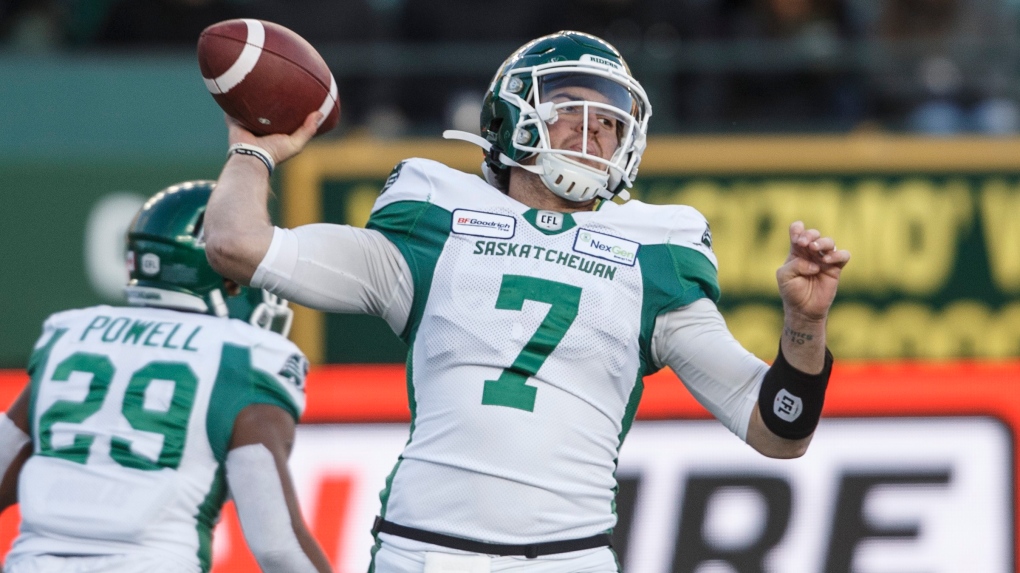 REGINA -- The health of Rider quarterback Cody Fajardo is the current talk of coffee row here in tropical Saskatchewan.

Cody’s pulled (or torn?) oblique muscle is being discussed and analyzed in every corner of this province; on the street, off the street, up in the air, down in the hair salon, over at the senior’s residence, around the water cooler, in garages, on escalators, through texts, in penalty boxes, underground, inside cabs, in grandma's kitchen along with hot Saskatoon pie, while shoveling snow, then shoveling snow again, and in both pizza and funeral parlours.

Just to name a few.

The Roughriders host the Western Final on Nov. 17, and without a relatively healthy Cody Fajardo, chances of a Grey Cup berth are greatly diminished.

Right now there are about three thousand Fajardo rumours floating around, so here are just some of them, all heard over the past few days.

To protect both the innocent and non-guilty, real names have been replaced by those of a rather fictitious nature:

• Eddie Mosca knows Amy Pile, who works in the Rider ticket office. Eddie says that according to Amy, Cody’s injury is very serious and his season is over.

• Eileen Turnippy lives beside Rider Head Coach Craig Dickenson. Eileen said she overheard Coach Craig saying on his cell phone that it was a fake injury in order to fool his brother Dave.

• Frenchy Jones lives on the other side of Craig Dickenson’s house. Frenchy claims he saw Cody carry in a tiny pizza, effortlessly, which means he’s fine and good to go.

• Retiree Earl Scrubbs brags that he knows acupuncturist Dr. Andrew Poker, who treats Cody Fajardo. Dr. Poker told Earl that Cody will be 100% the day after the Western Final, but before that day, he shouldn’t play.

• Hypnotist E.D. Gainerham of Parkbeg has told both his friends (who have reported this story via social media), that a poultice made of dehydrated, authentic Saskatchewan cow pies, will cure Cody, and anyone else for that matter, of anything, within 5 minutes.

OK, that last one was pretty bad. Well, maybe the third last one too.

But you get the point.

Don Hewitt started reporting on the Saskatchewan Roughriders for CKCK-TV in 1979.