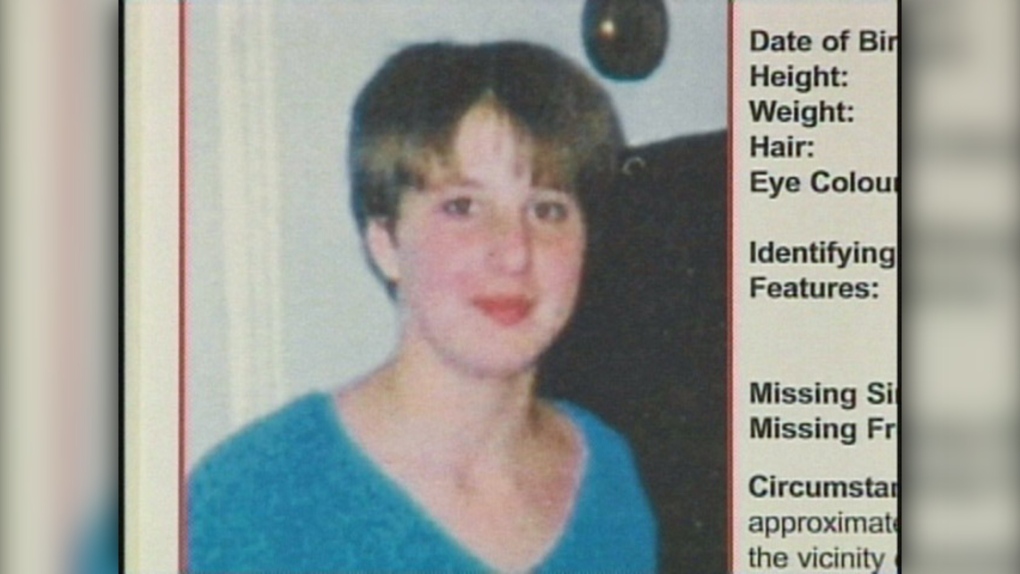 Courtney Struble has been missing from Estevan since 2004. (File)

On July 9, 2004, Courtney Struble, then 13, went missing on her way home in Estevan. She hasn’t been seen or heard from since.

Fifteen years later, Struble would be nearly 30 years old, but the timeline of her whereabouts still ends that summer night, when she was seen walking near a veterinary clinic on the outskirts of Estevan.

The Historical Case Unit took over the investigation from the Estevan Police Service several years after Struble vanished, and it’s considered to be open to this day.

Sgt. Zawislak says tips coming in for this case are “cyclical”, but significant events like the anniversary of her disappearance tend to generate more.

“We believe there’s somebody out there that knows something, and they’re holding onto their information for whatever reason there is, sometimes its fear, sometimes its living in the same community and they have concerns,” Sgt. Zawislak told CTV News, encouraging anyone with information to send it their way.

“We would rather have people call us and even if its information that we know, or repeat information we’d rather have that than them not talk about it or pass it forward at all thinking we already know it.”

“It could be that one little piece of that puzzle we need.”

One source of recent tips was a video posted by Struble’s uncle, Brad Alberts.

It was put up during the province’s Missing Person’s Week in May as part of a series of letters called “To Those Who Took the Missing”, created by Saskatoon Crime Stoppers.

“We started this letter by asking you a question,” Alberts says in the video. “Do you ever wonder what it would be like to be free of this secret and its heavy burden?”

“Reality hit me when I turned 30,” Struble's childhood friend Nicole Burkholder said. “That’s half my life that she’s been gone.”

She said she’s had a hard time coming to terms with the milestones she achieved without her friend at her side.

None of Struble’s personal belongings were missing, and her bank and health cards have not been used since her disappearance.

Police said that evidence was inconsistent with a case of someone who ran away from home or does not want to have contact with family, and in 2012, RCMP announced Struble’s disappearance was being investigated as a homicide.

Sgt. Zawislak says even with so much time having passed, they are still looking for any and all information surrounding the disappearance.

“This file will always remain active, even though people are out there, they think ‘It’s 15 years’, we can still investigate, we can still find Courtney, we want to bring her home,” she said. “We’re treating it as a homicide, and if the evidence supports that someone did kill Courtney, those people will be held responsible even if it is 15 years after the fact.”