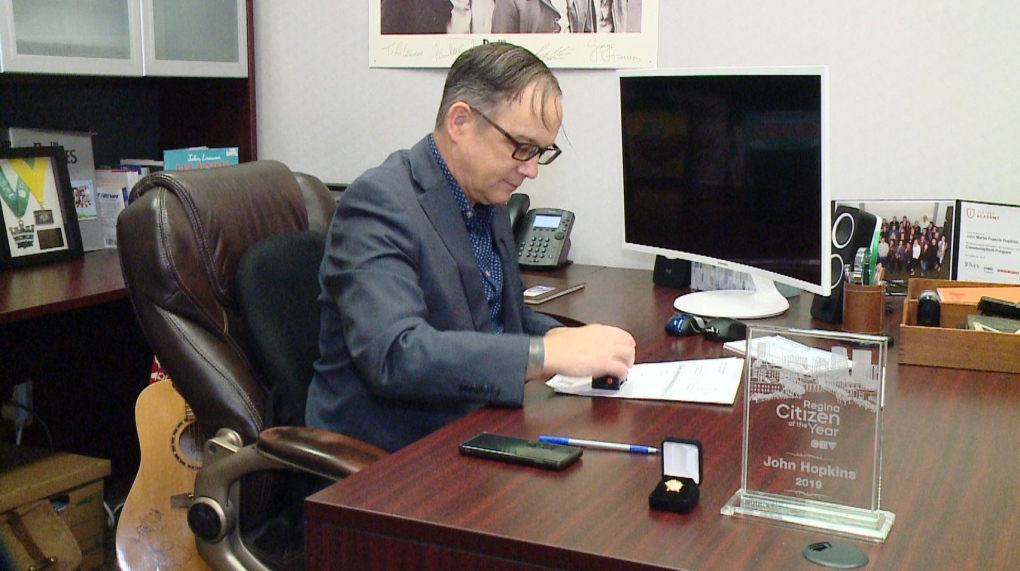 The Regina & District Chamber of Commerce announced Monday that its CEO John Hopkins will be taking a medical leave from his position.

Hopkins has been battling stage-four prostate cancer since 2018.

Born in Toronto, Hopkins originally moved to Regina in 1981. He found his calling when he started working for Regina Downtown, eventually becoming the executive director. He then moved into the role of CEO with the Regina District Chamber of Commerce.

Hopkins was active in the establishment of the Paul Martin Aboriginal Education Entrepreneurship Initiative and the All Nations Job Expo. He is also a supporter of Regina trades and skills, ensuring that today’s youth gain insight into leading our future business community.

Hopkins was diagnosed with stage four prostate cancer in 2018, which he continues to battle. He used that diagnosis as motivation to encourage other men to get checked for prostate cancer.