Kenosee Lake community mourning the loss of the Moosehead Inn 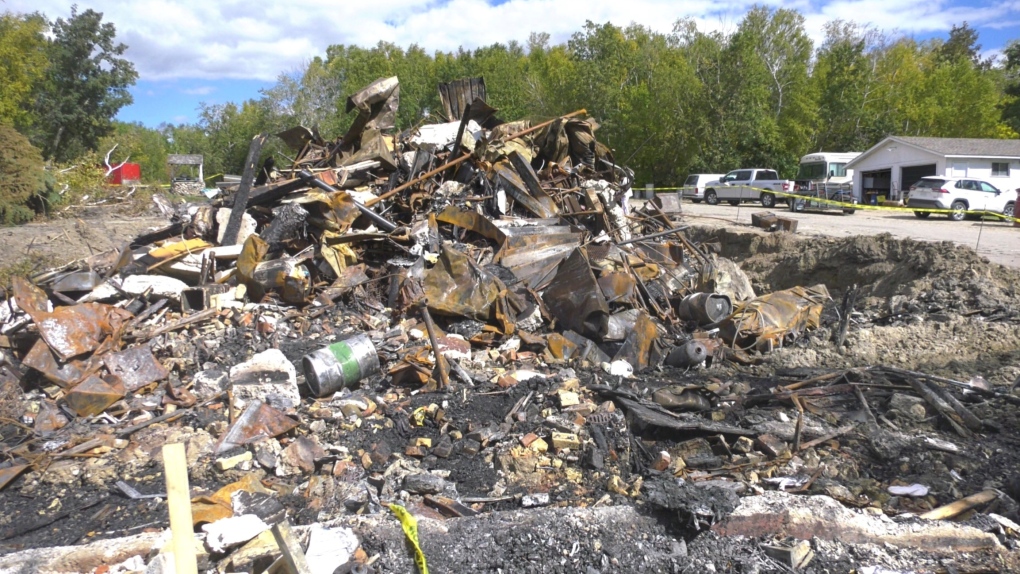 Efforts are being made to clean up after the Moosehead Inn burned to the ground on Saturday. (Luke Simard/CTV News)
KENOSEE LAKE, SASK. -

The Kenosee Lake community is still coming to terms with a structure fire that claimed a beloved business over the weekend.

Dale Orsted and his family are still searching for personal belongings days after the Moosehead Inn burnt to the ground on Saturday morning.

Though the building is gone, the memories will last forever

“A lot of people were in love with this place and they came from all over the world actually and there is a lot of memories,” Dale Orsted, owner of the Moosehead Inn, said.

“To everybody that’s ever been here before we really appreciate it and keep your memories, we will never lose that”

The community of Kenosee Lake is also grieving its loss. Clarke Lemieux’s family previously owned the Moosehead Inn. He said the fire had a detrimental impact on the community.

“It’s been three or four days since it happened and almost all my conversations, whether it’s been with 19-year-olds or fifty year olds everybody remembers the Moosehead,” Lemieux said. “It’s a big loss.”

Ed Fahlman is the owner and manager of the Kenosee Inn, just up the street from where the Moosehead once stood.

Both businesses sold pizza, but Fahlman remembers a time when Orsted put competition aside when his dough machine broke and he asked for help.

“Five minutes later he shows up with a friend and an extra dough machine and he unloads it and shows me how to use it,” Fahlman said. “That’s the type of man Dale Orsted is.”

An online fundraiser has already raised over 6,000 dollars for the family, as they did not have any insurance.

“Its something we need and so I appreciate friends that started that and its going to go a long way to help us in the future,” Orsted said.

China on Wednesday reaffirmed its threat to use military force to bring self-governing Taiwan under its control, amid threatening Chinese military exercises that have raised tensions between the sides to their highest level in years.

Legacy of Serena Williams extends beyond success on tennis court

Serena Williams indicated on Tuesday she is preparing to walk away from her professional tennis career as the start of the U.S. Open approaches on Aug. 29 and her 41st birthday approaches next month. She would leave behind a legacy that extends beyond her dominance on the court.