Man charged after getting stuck on downtown pedway while creating content 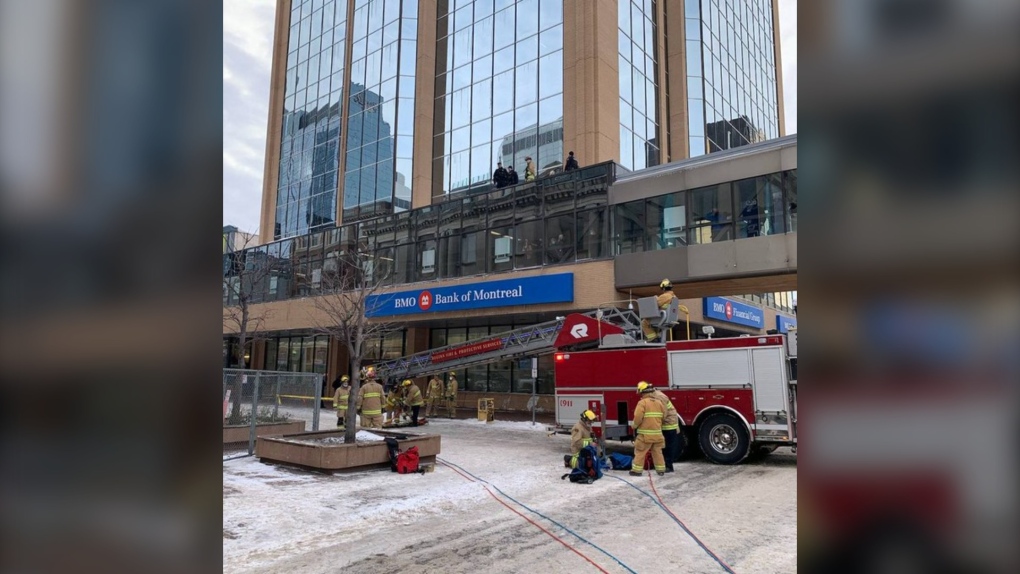 Regina firefighters used a ladder truck to rescue a man from a downtown pedway on Nov. 18, 2021. (Source: Twitter/@IAFF181)
REGINA -

Regina police say a 29-year-old man has been charged with mischief after he got stuck on a downtown pedestrian walk way while allegedly trying to create social media content.

According to a release, officers were called to the 1800 block of Scarth Street around 2:30 p.m. Thursday after security spotted a man sitting on the pedway with his legs dangling over the edge.

Police said the man couldn’t get down safely, so 11th Avenue traffic was shut down on Scarth Street and bus routes were diverted so the fire department could bring a ladder truck to rescue the man.

Yesterday, our members were dispatched to 1800 block of Scarth St, after security found someone on top of the pedestrian walk way. The person was secured into a basket and lowered to the ground. pic.twitter.com/paVWjpdCu6

The man was lowered to safety around 3:45 p.m. and treated by EMS at the scene. Police said the man was charged with mischief under $5,000 after officers learned he climbed up to create content for social media.