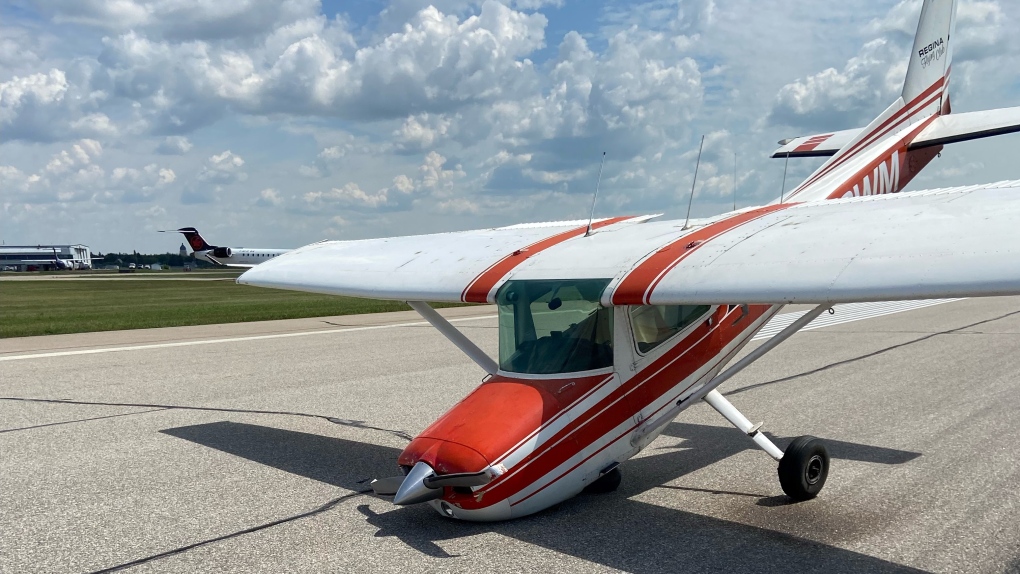 A landing gear failure caused a privately owned plane to become disabled on the main runway at the Regina International Airport on Tuesday afternoon.

James Bogusz, the president and CEO of the Regina Airport Authority, said a privately registered Cessna Aircraft from the Regina Flying Club made a landing at the airport at 12:20 p.m.

“During the landing, they had some sort of landing gear failure on their front nose wheel area and when we arrived on scene with our firefighters, essentially the plane looked like it was in a position where the front nose was essentially touching the runway,” Bogusz said.

The pilot of the plane, the sole occupant, was not injured.

Airport crews helped the owner tow the plane back to the flying club. The airport said the situation was resolved around 1:10 p.m., with normal operations resuming on the runway.

“During that time period, the main runway was closed and fortunately our secondary runway remained open and because of that, commercial aircraft like West Jet and Air Canada could still operate during this issue,” Bogusz said.

Bogusz added that the airport authority would not consider the issue a major event.

“I would say confidently that a handful of times each year that a potential of an emergency exists where we activate our fire hall for an air field issue,” he said.

The situation has now been resolved. Aircraft removal has been completed. Normal operations resumed at YQR. https://t.co/z96vRqphlE