REGINA -- Saskatchewan’s COVID-19 vaccine delivery plan has seen issues around supply and who is being prioritized, but the efficiency of the plan has also been leading Canada over the past few months.

"Saskatchewan continues to stick it to COVID faster than any other province in Canada," Health Minister Paul Merriman stated during Tuesday’s COVID-19 update.

Saskatchewan administered its 300,000th dose on Tuesday and has its plan pick up steam with drive-thru clinics opening up across the province.

In January, Saskatchewan averaged 1,020 doses per day. That rate increased slightly in February to 1,565 doses per day, but the province picked up the pace significantly in March, averaging 3,914 doses per day and more than doubling the amount of doses delivered over the first three months of the plan.

Through 14 days in April, Saskatchewan has almost doubled its daily average from March with 7,630 doses going into people’s arms each day.

"Credit goes to our frontline vaccinators across this province, we have been leading the country virtually since day one," Premier Scott Moe said. 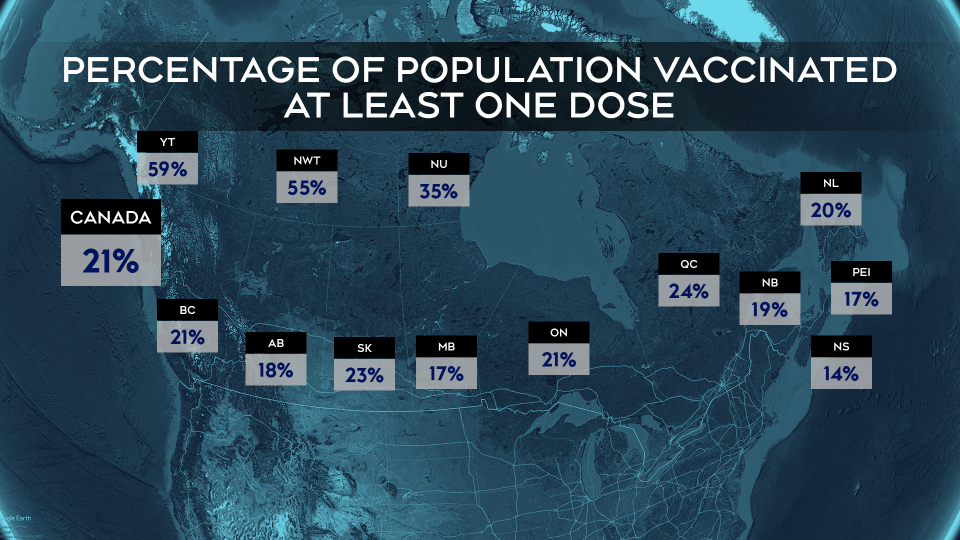 Saskatchewan has vaccinated 22.5 per cent of its population with at least one dose of vaccine, which is second among the provinces behind only Quebec at 24.2 per cent.

The province’s vaccine plan has also been efficient at distributing doses as quickly as they arrive, having administered 89.4 per cent of doses received from the federal government, which leads the country by seven per cent. 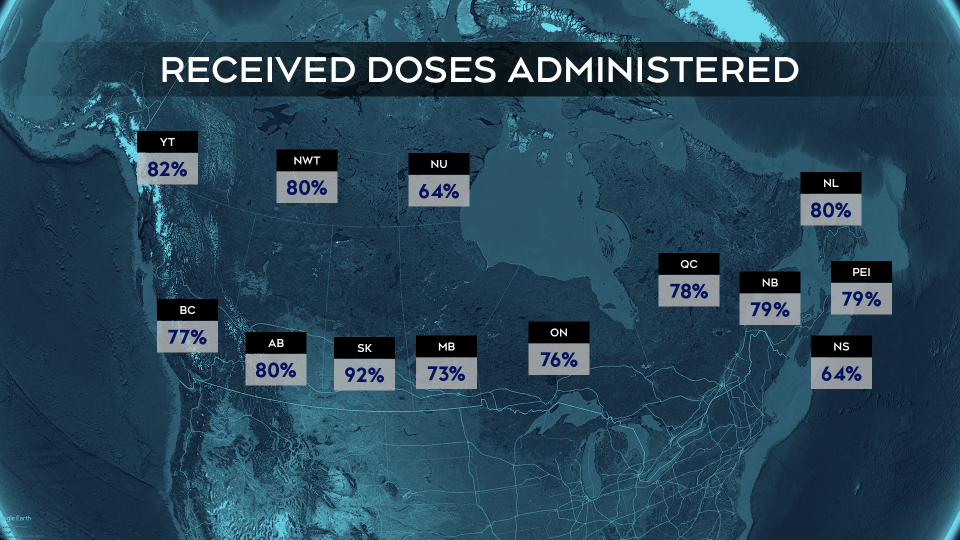 "We just hope that we’re able to continue to increase the number of vaccines that we’re receiving here in Saskatchewan so that we can turnaround and provide that to everyone in this province as quickly as possible," Moe said.

Saskatchewan is the first province to open up vaccines to people in their 40s.

The Opposition NDP remains concerned over who is being prioritized and how changes to the plan are being communicated to the public.

"What we’re concerned about is the lack of clarity in the vaccine rollout, the flip-flopping, not following the NACI guidelines, really just leaving so many questions for Saskatchewan people," NDP Health Critic Vicki Mowat said.

While Saskatchewan is leading the nation in vaccination distribution, Canada is falling behind its neighbours to the south. Every state in the U.S. will have vaccines available to anyone over 16 years old by next week.