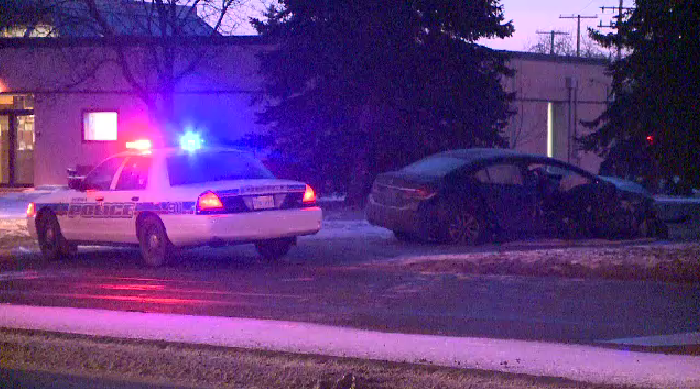 A 24-year-old man is facing impaired driving charges after a crash Friday morning.

Around 5:45 a.m. a car crashed at the curve of 4th Ave. and Ross St. The car went off the road, crashing into a traffic sign, a chain link fence, and a tree.

Three people were in the car. Both passengers were injured and taken to hospital. The driver took off on foot, but was later apprehended.