'We did it': Fans across CFL react to Argonauts victory in 109th Grey Cup in Regina

'We did it': Fans across CFL react to Argonauts victory in 109th Grey Cup in Regina 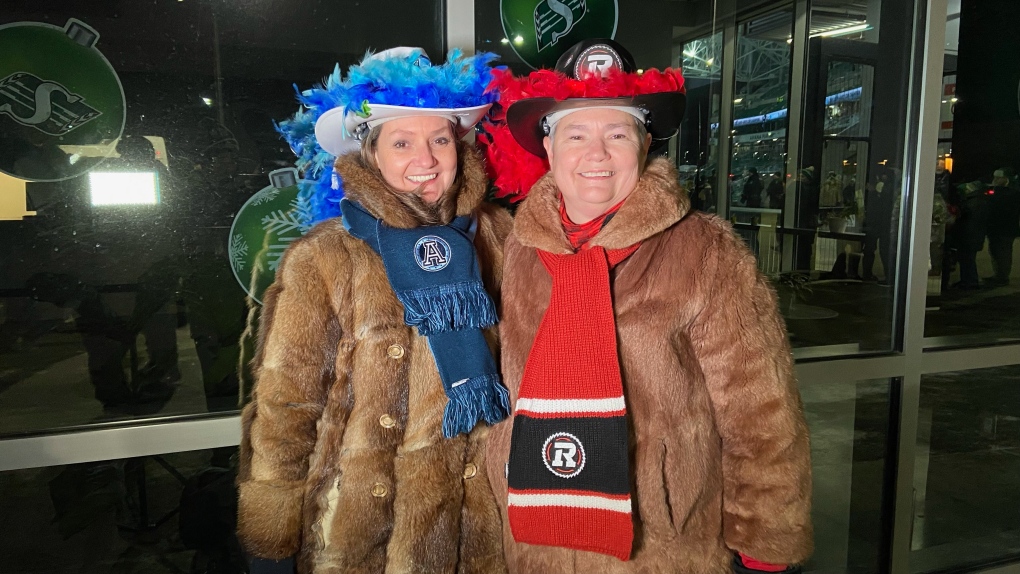 While the Toronto Argonauts raised the Grey Cup inside of Mosaic Stadium Sunday night, Argo fans celebrated outside.

“We did it,” said one fan. “That blocked field goal at the end really saved us.”

Sisters Robin Porter, who cheered for Toronto, and Rae Sudsbury, who is an Ottawa Redblacks fan, attended the game together.

“It was an amazing game,” said Porter. “It’s nice to have a really close game where everyone could really get into the action.”

Despite her red and black gear, Sudsbury backed her sister’s squad.

“I’m always going to cheer for her team if my team’s not in it,” she said.

For one team in blue, there was elation. The other left the Mosaic Stadium in disappointment.

“I thought Winnipeg was going to win,” said one Bombers fan.

“[The Argos] got the job done and unfortunately we were on the wrong side of this one,” said another. “Next year is our year just like the last two.”

“[The Bombers’] didn’t have their best game tonight and at the end of the day, the better team won,” said a third fan.

The host Roughriders tweeted, “Congratulations to anyone but the Bombers,” following the Argos win.

Congratulations to "Anyone but the Bombers" on winning the 109th Grey Cup!

Fans wearing green and white Sunday chanted, “go Argos,” and “anyone but Winnipeg,” after the game. Although the championship did not feature their favourite team, many were happy with the product that the league put on the field.

“Saskatchewan did a great job,” said a Riders’ fan who travelled from B.C. to catch the game. “They did the fans well and it was a great thing for the CFL.”

But in the end, the Grey Cup Festival was capped off with the finish it deserved.

“Grey Cup is always about bringing people together and just having an awesome time,” said Sudsbury. “Everybody’s happy and everybody’s together.”