COVID-19 in Sask: A look back on the deadliest month of the pandemic

REGINA -- It took Saskatchewan 293 days from the start of the pandemic to reach 149 deaths due to COVID-19, but only 33 days to double that number.

Forty-nine per cent of Saskatchewan’s deaths from the virus since the start of the pandemic happened in January.

"A significant number of this rise is related to social interactions related to Christmas and so now we are going to have to wait and see how big was that part," Dr. Hassan Masri, an ICU physician in Saskatoon, said.

Saskatchewan did not report a death on the first day of 2021, but the death count quickly rose as the month went on. 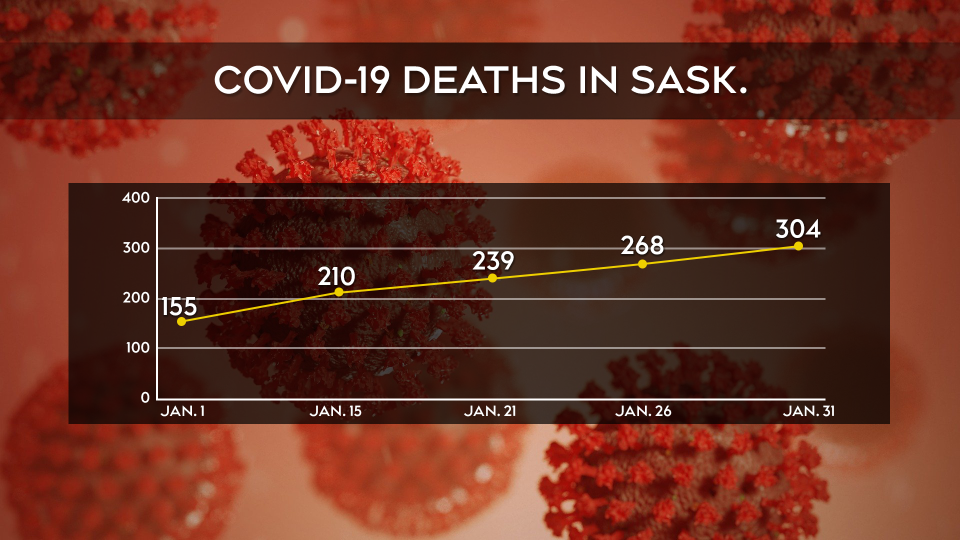 The province set a new single day record for deaths twice in January. There were 13 deaths reported on Jan. 21, topping the previous high of 11 set on Dec. 12, and then 14 more people died on Jan. 26.

Saskatchewan reported at least one death for 27 of 31 days in January, including the last 17 days of the month.

"What we’re seeing for deaths now represents the cases over the past month or two and of course, we really started seeing this spike in cases in early November," Dr. Cory Neudorf, an epidemiology professor at the University of Saskatchewan, said.

One region of the province was not hit hard as the month’s deaths were spread throughout the province.

Regina saw the most with 44 people dying from the virus, while Saskatoon had 35 deaths and the North region had 34. 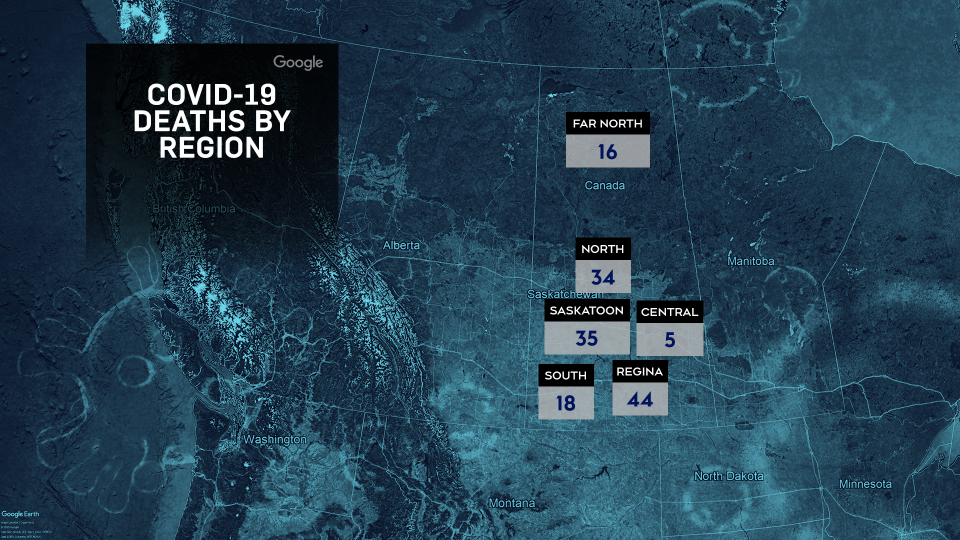 There was a death reported in every age group – except under-20 – with the majority falling in the 80-plus age group as Saskatchewan saw outbreaks hit long-term care homes, including Extendicare Parkside and Santa Maria in Regina.

The province also saw one person in their 20s and three in their 30s die in January.

"This is extremely concerning," Dr. Masri said. "It highlights the fact that nobody is safe from the virus." 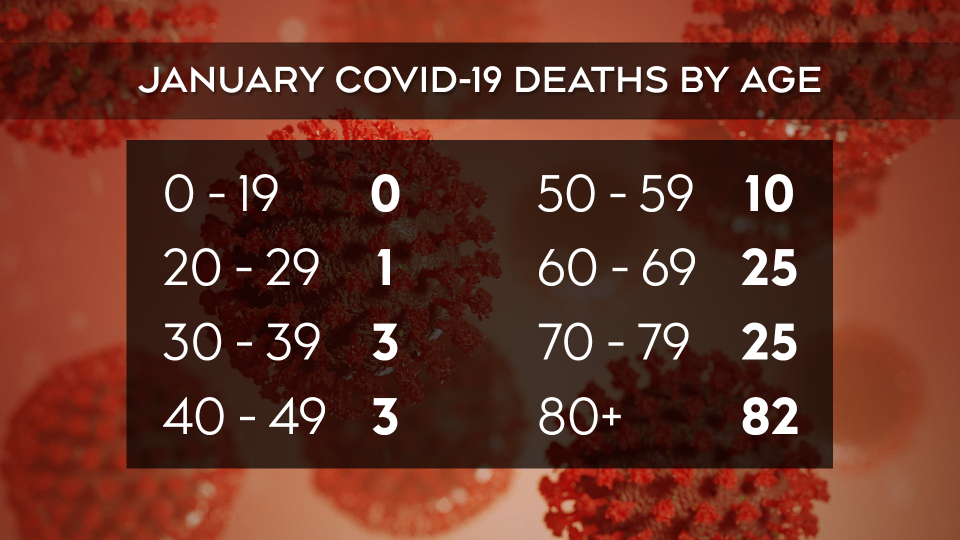 Saskatchewan’s death rate from COVID-19 sits at 1.3 per cent.

With the province’s seven-day average of new cases hovering between 240 and 320 over the month of January, while the calendar has changed to February, the high number of deaths are expected to continue.

"We can expect to see these kinds of death rates based on our current case count for at least the next month, if not a bit beyond," Dr. Neudorf said.

Dr. Neudorf and Dr. Masri said tightening public health measures would help Saskatchewan lower its death rate, however both agree that getting more people vaccinated, especially in the senior population, is the province’s best hope in the fight against COVID-19.