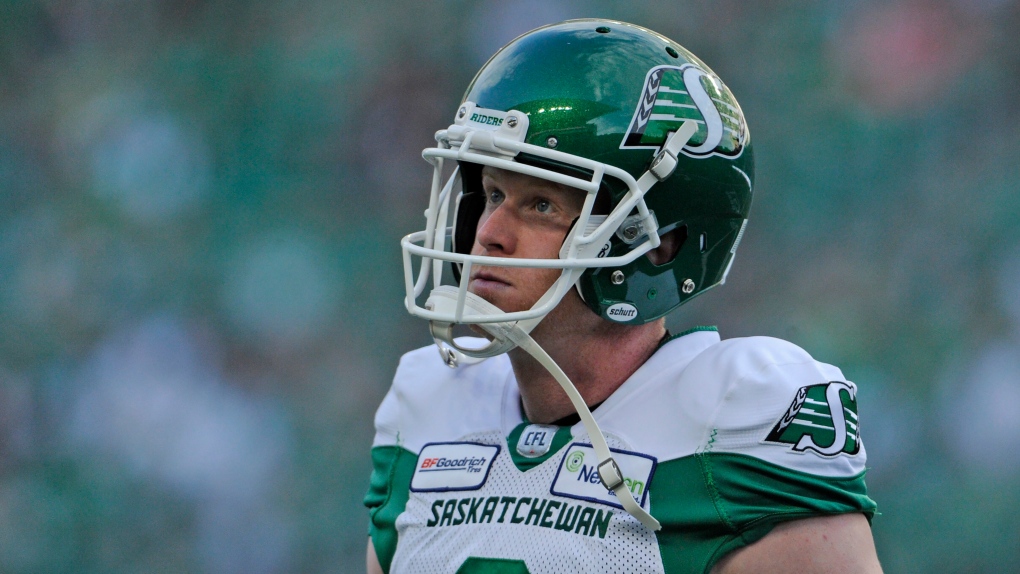 Saskatchewan Roughriders' Jon Ryan looks up into the stands after a punt during first half CFL pre-season action at Mosaic Stadium in Regina on Thursday, June 6, 2019. THE CANADIAN PRESS/Mark Taylor

REGINA -- Hometown punter Jon Ryan is staying with the Saskatchewan Roughriders for another year.

The team announced on Wednesday that the punter is signed through the end of 2020.

Happy to be back with the @sskroughriders for another season. Only one goal: #108thGreyCup

Ryan signed with the Rider last season after more than a decade in the NFL. He played all 8 games for the Riders, making 107 punts for 5,222 yards. He was also named a West Division All Star

He won the Super Bowl with the Seattle Seahawks in 2014, the first player from Saskatchewan to do so

Ryan was eligible to become a free agent on Feb. 11.