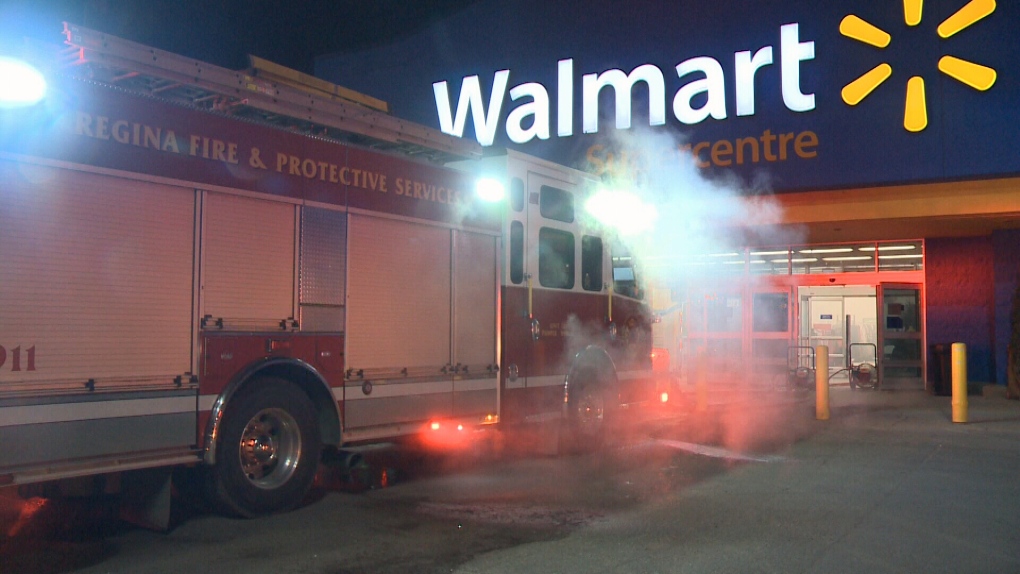 A fire truck is parked metres from the front doors of a Walmart store in north Regina on Dec. 10, 2019.

REGINA -- A boy, 12, appeared in court on Wednesday on arson charges regarding a fire at a Regina Walmart.

The boy was denied bail by a judge for starting a fire in the Rochdale Walmart on Dec. 10.

It's alleged he lit paper towel on fire at the store that resulted in an estimated $10 million in damage.

The boy is also facing a number of other charges, including uttering a threat to cause death to a person, threatening to shoot students and staff at Ruth Pawson Elementary School in October and theft of a vehicle in November.

He will appear in court again on Friday morning.