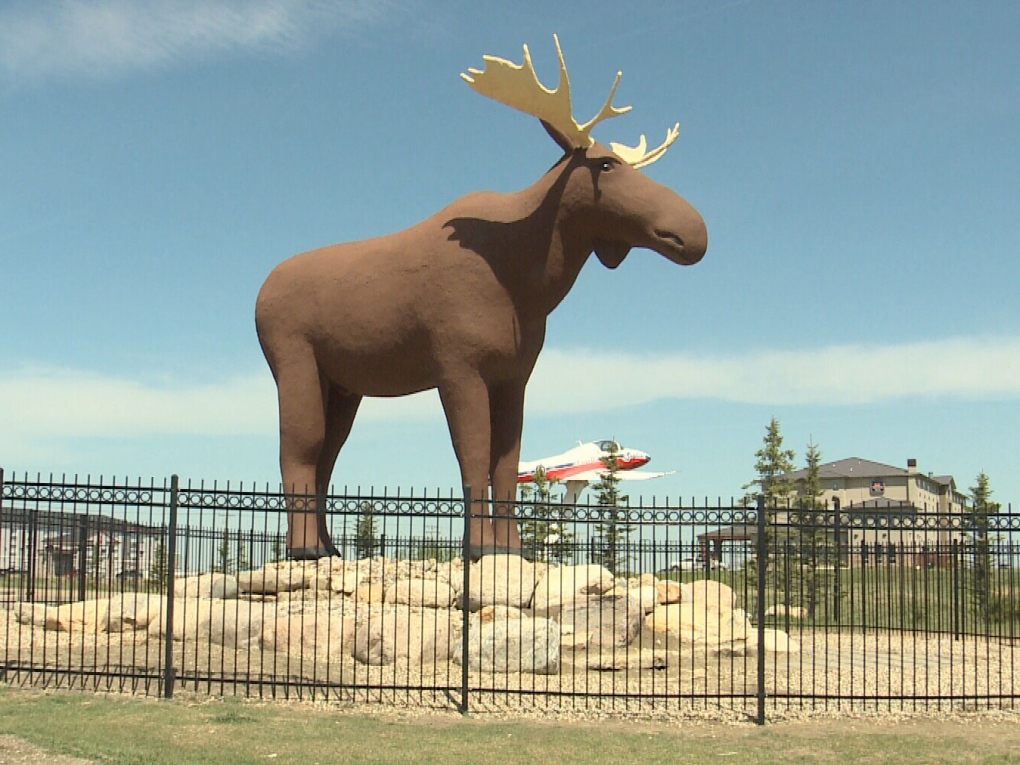 For 30 years, Mac the moose has towered over Moose Jaw, but he's no longer the world's tallest moose.

MOOSE JAW, Canada -- Rion White is a world champion taxidermist, but the Moose Jaw man is still nervous about sculpting new antlers for the city's icon -- Mac the Moose.

White and his team at Orion Taxidermy have been tasked with building bigger antlers for the figure so his can reclaim the title of world's tallest moose statue.

The plan was set in motion after it was revealed a silver moose sculpture in east-central Norway was taller than Mac by 30 centimetres.

White and his staff are to cut off Mac's existing antlers at a ceremony Tourism Moose Jaw has dubbed an "antler-ectomy."

Just like real moose shed their antlers each year, White says it's time for Mac to get rid of his antlers.

He says the real pressure isn't taking off the old set, but building a new one.

"We're cutting this rack off that people see -- hundreds of thousands of people see this every year," White said Wednesday.

"We have to make (the new) rack not only bigger, but be in perspective of everything and the right angle and the look."

White's wife first suggested he take on the job but he was too busy with jobs involving real wildlife. And he had never built antlers from scratch for a roadside attraction.

After about three days of prodding from a friend who offered to help, White said he gave in.

He loves Moose Jaw and wants to give back to the city.

Mac's old antlers are to be moved to White's shop to serve as a reference for the new ones, which will be constructed out of a metal base, White says.

They also need to be light-weight and able to withstand the elements.

Shaping and creating the angles will be the most challenging part, White said, but working with a team of experienced welders and craftsmen will help.

White is volunteering his time, so he expects the new antlers will take a few months to create.