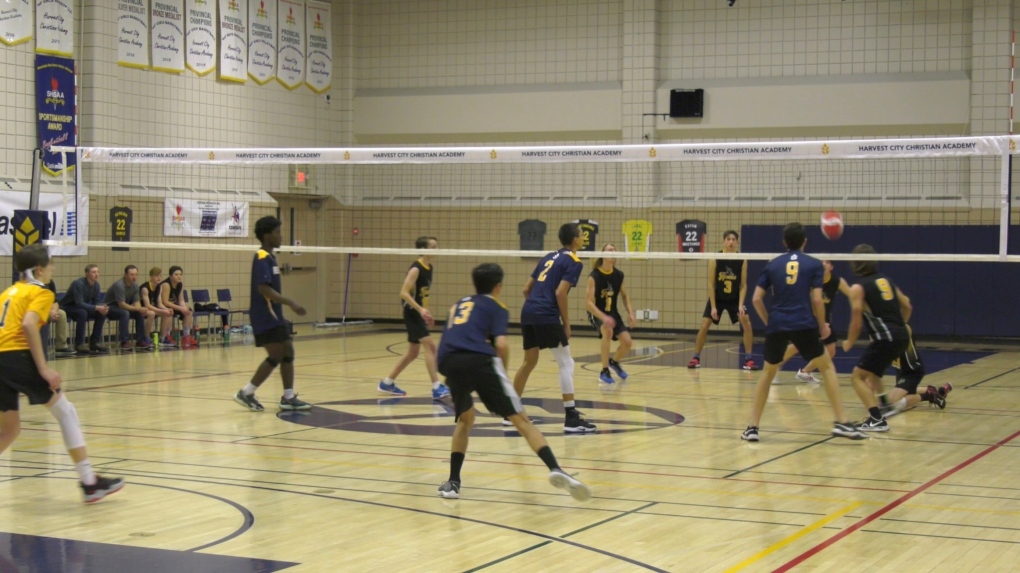 “Everyone’s really excited, there’s a little bit of nervousness in the air, but I think most people are comfortable and just ready to play,” Grade 12 Harvest City Christian Academy player, Maddox Michaylow said.

“Since it’s 2A, it’s still pretty high [level]. Lots of people will say smaller schools don’t have as good of play or players but I think we still have really high players here, especially at provincials. Everyone’s earned their spot, everyone’s grinded all season in practice and games [to get here],” Michaylow said.

The 10 teams are split into two pools, with the top eight facing off in a playoff bracket. The final game is slated for 5:30 p.m. on Saturday at Harvest City Christian Academy.

Girl, 6, dead after accident at ski resort north of Montreal on Sunday

Hockey Hall of Famer Bobby Hull has died at the age of 84. He played for the NHL's Chicago Blackhawks and Hartford Whalers as well as the World Hockey Association's Winnipeg Jets over a 23-year pro career.

Are you a Ukrainian who recently moved to Canada? We want to hear from you

With Russia's invasion of Ukraine displacing millions of people, many refugees have begun to lay their roots in Canada. If you or someone you know has fled the war-torn country and settled in Canada, we want to hear from you.

Marc Ouellet, the Quebec cardinal who oversaw the Vatican's powerful bishops' office and has been recently accused of sexual misconduct, is retiring.