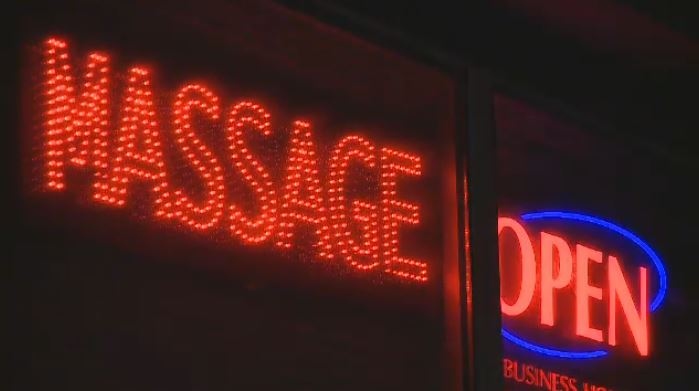 The owners will be represented by Shayna Stock for “privacy reasons”, but are open to meeting privately with city councillors.

“We do find it kind of notable that with all the discussion that has gone on with this matter, as far as we know, nobody from council has made any attempt to contact any of the owners at any time,” the submission reads.

The submission goes on to ask council not to restrict business to industrial zones, and make parlours permitted use, rather than discretionary. The owners are also urging for their businesses to remain on major arterial streets.

In their submission, the owners call out council for attempting to re-zone the parlours before licensing rules have been finalized.

“It appears to be a work-around strategy by those council members who failed to get an outright ban on parlours,” they said.

The submission serves to clarify the identity of the parlours staff, which has previously been shrouded in mystery.

“The owners ARE the workers. There is only one or at most two ladies working in each parlour. These are not like the big spas you see in Edmonton or Vancouver where 10 to 12 ladies may be working,” the submission says. “We are not human traffickers. We are not exploiting workers. We are not members of organized crime. We are not victims. We are not pimping underage, vulnerable, desperate drugged-up girls.

“To hear these accusations from some presenters and echoed by some City Councillors is hurtful, simply wrong, borders on slander, and reeks of prejudice,” the owners say.

The owners, through their submission, aim to shed some light on the reality of the immigrant women who own and operate parlours.

According to the submission the women are Canadian citizens or permanent residents who are first generation immigrants from different parts of Asia. They say they were not forced or manipulated into opening shop, and have families to support. They describe themselves as strong, independent, hardworking women, mostly in their 40s.

According to the submission by the owners, the first body rub parlour opened in Regina in 2009, and they estimate the totally number of operating parlours at 18 in 2019.

“We don’t have to talk theory or speculate on the parlour business in Regina. We have real facts, real evidence; over 10 years worth to be specific,”

The owners say that crime in Regina does not come as a result of body rub parlours. Human trafficking, violence, robbery and under age workers have never been an issue at these parlours, according to the owners.

“None of our clients has disturbed the peace, been assaulted, or assaulted anyone coming or going to any of our businesses,” the owners say. “No drunk customers spewing onto the streets at 2:00 in the morning, no fights outside, no shootings, no car jackings, or other disruptions. No waves of cars driving by, no honking cars, no parking problems.”

The owners estimate that each parlour serves around four customers per day, which would add to approximately 130,000 customers over the last five years without incident.

The owners say their customers, despite being vilified by some, treat the workers with respect. They say most customers are simply lonely, and looking for companionship.

Safety and cost are just two of the reasons the owners give as they aim to persuade city council to reconsider moving parlours.

The owners say that traffic, lighting and police presence are all less in the industrial zones. Many parlour owners use public transport to get to work, and buses don’t run as frequently in other areas.

“There has been much talk in council about concern for worker safety. This proposal seems to say all that talk was meaningless,”

They say the cost of relocating would be time and money down the drain for a lot of owners.

“Many ladies have spent tens of thousands of dollars to buy parlours, or to renovate locations,” the owners say. “This money would be lost. The ability to sell their parlour would be gone as the current locations would become worthless. The cost to move to a new location is significant. New leases, new deposits, renovations, signage, etc.,”

The cost of closing an existing parlour and opening a new one is around $40,000. The owners say this would ultimately result in more women working in unlicensed locations in residential areas.

“Regina has many issues to deal with. Yet it appears some members on city council and a few citizens are obsessed with a few businesses with blinking lights and flashing Open signs. That they ruin neighborhoods and cause an increase in crime. We would suggest 10 years of evidence shows no such thing.”