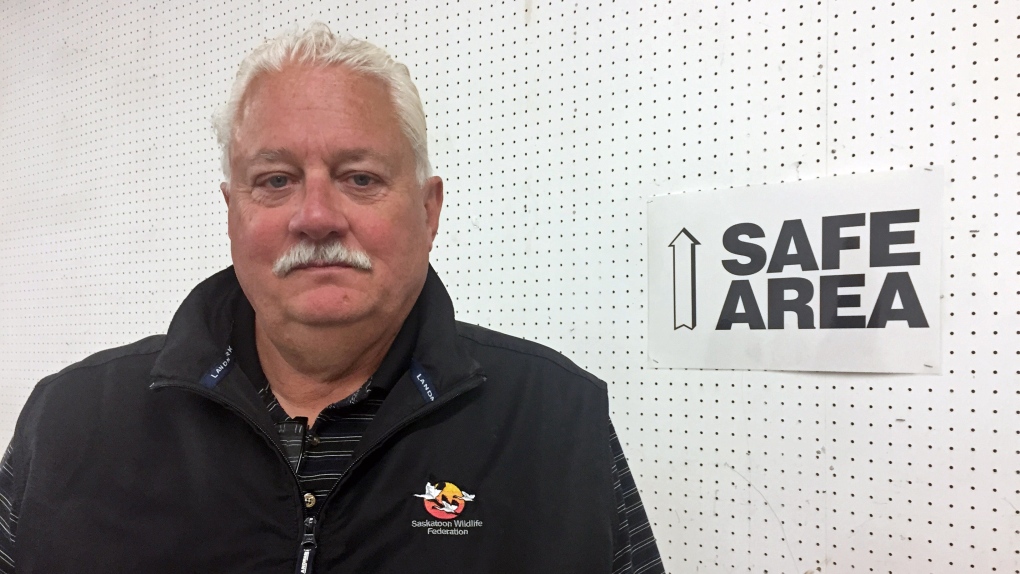 Robert Freberg, the former president of the Saskatoon Wildlife Federation, poses for a photo at a shooting range. (Angelina Irinici/CTV Saskatoon)

REGINA -- The province has selected Robert Freberg to be Saskatchewan’s next chief firearms officer.

After an exhaustive and competitive process, the province said Freberg was best suited for the position to represent Saskatchewan’s firearms community.

Freberg has lots of experience.

As well, he has been a board member and volunteer with the Saskatoon Wildlife Federation for more than 40 years. He served as president of the organization for five years.

He was also a former elected member of the national board of directors for the Canadian Sports Shooting Association.

In 2018, he received the Canadian Sports Shooting National Recognition Award for outstanding contributions to the Canadian firearms community.

He is a firearms instructor for the Pal and RPal programs.

The province decided to chose its own chief firearms officer this year. The role has previously been chosen by the federal government.

Corrections and Policing Minister Christine Tell said the province has concerns about the federal government’s decisions that are impacting firearms owners.

She said an officer selected by the province helps ensure Saskatchewan and the province’s firearms community has a strong voice on the issue.

The province is currently working with the federal government to ensure there is a seamless transition from a federally selected firearms officer to a provincially selected one.

During this transition, the new firearms officer will work on getting the provincial office established. The current officer will continue their duties in the interim.

Chief firearms officers are responsible for administering the federal Firearms Act in the provinces, and have jurisdiction over the licensing, transporting and carrying of firearms.

They also license instructors who offer firearms safety courses in the province.