It was a mixture of excitement and apprehension on Carry The Kettle First Nation as elders received their shots on Thursday.

"We’re putting our trust and faith in the vaccine; that it is safe, that it is going to reduce the number of COVID positive results that we’ve been seeing," Carry The Kettle Band Councillor Shawn Spencer said.

Carry The Kettle received its first shipment of COVID-19 vaccine on Thursday and began administering the shots to residents 70 and over. 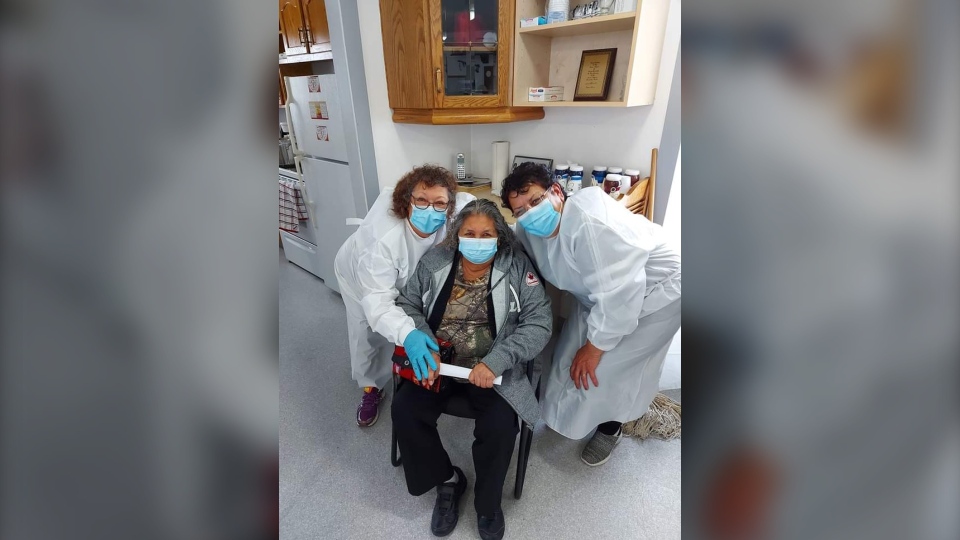 "For the leadership and the health team, we’re glad the vaccinations are starting to rollout in our community," Spencer said.

A number of First Nations communities in central and southern Saskatchewan began rolling out the shots this week.

According to Indigenous Services Canada (ISC), 2,466 vaccinations have been administered so far on reserves across the province, but the number of shots coming are limited.

"The communities are ready for it and delivering it," Dr. Ibrahim Khan, Saskatchewan’s regional medical health officer with ISC, said.

"The Moderna shipment was directed to the Northern First Nations, so they got it first, and then in the past three to four weeks, we have seen the majority of southern and central communities have access to the COVID vaccine."

There has been some hesitancy on First Nations, as well as in the general public, about the safety of the vaccines. ISC is working to ensure information is being shared in communities ahead of the rollout.

Dr. Khan added it is about building trust within the community.

Perry McLeod, 60, from the Peepeekisis Cree Nation was hesitant to receive the shot at first, stating he has never received an influenza vaccination or anything before, but after consulting with his doctor and others, he decided to get it.

"I got in line like everyone else there and I took the shot because I was told it would be better off to have a shot than to get COVID," McLeod said.

McLeod still plans on continuing to take all the precautions for COVID-19, but is hopeful this is the beginning of the end in the fight against the virus.