Singh said he came to Regina to stand in solidarity with the union members.

"This is about workers, this is a fight against pensions," he said at a rally at Gate 7. "We need to make sure people can retire with dignity."

He also said his party plans to bring forward anti-scab legislation at the federal level.

In a news release, FCL said it will not bargain until the law is enforced.

“The bargaining table does not look like setting up blockades, breaking the law and defying court orders,” FCL CEO Scott Banda said. “You can’t have meaningful bargaining when your business is being held hostage.”

Premier Scott Moe said on Monday morning that the province would appoint a special mediator for the labour dispute, as long as Unifor "agrees to cease all illegal activities, including removing the unlawful barricades immediately."

"It is my strong belief that a negotiated settlement is in the best interest of both parties, and by removing the barricades and accepting the assistance of a special mediator at the negotiations, I believe both parties will be well served," Moe said addressing SUMA delegates on Monday morning.

He also said Regina police will tear down the blockades if necessary.

The barricades were taken down for several hours on Friday as the two sides returned to the bargaining table, but were returned when negotiations broke down later that day.

Unifor says it came to the table ready to concede some concessions on their defined benefits pension plan, including paying six per cent into the plan.

FCL does not feel that Unifor was bargaining in good faith.

"What we encountered on Friday was a group that was interested in their side only and when they didn't get their way, the barricades went right back up,” CEO of FCL said.

The two sides will appear in court twice over the next week. 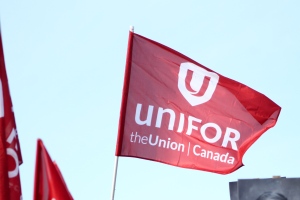 Fences back up at refinery as talks break down between Unifor, Co-op